The encyclical that says it all. Worth a re-visit?

The trouble with debates that roll on over the decades is that the original evidential material is often overlooked or disregarded. How many of us have studied Quo Primum, the encyclical that laid down the format of what became known as the Tridentine Latin Mass. But let me firstly say from the outset, I am not attempting to turn back the clock; those who want the Ordinary Form of Mass should have it. Even Archbishop Lefevbre believed that the language of the Latin Mass needed adjusting and tempering but that was an issue that had to wait pending other, more pressing issues.

So let us return to the Council of Trent and the encyclical of Pope St Pius V - Quo Primum. Here it is: 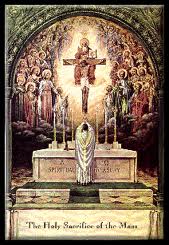