It must be tough in the modern Church 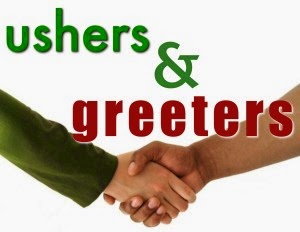 A friend told me recently that she had become a parish "greeter" and, as well as making me feel distinctly nauseous, this news also made me think that the poor old modernists have much to suffer these days.

It was so much less demanding pre Vatican II, you just went to Mass and got on with your prayers, you didn't have to worry about the many duties and demands that have accumulated post 1970.

For a start, as a lay person you did not have to think twice about arriving at church and entering your pew; the holy water fonts would be full and ready for hands to be dipped in prior to a blessing and the tabernacle would be positioned centre back of the Sanctuary and all you had to do was genuflect, not bob or curtsey or bow.

We did not have "greeters" then.

Before 1970 all Catholics had a mature disposition that enabled them to arrive at the church and make the hazardous journey to the pew without some leering loon stuffing a parish newsletter in their hands.

And the choirs today have a heavy burden to carry.
How they cope with all those descants and neumes when singing 'Shine, Jesus shine' is beyond me.

These days altar servers also have to focus very hard to learn English and then walk in a semi straight line to the sanctuary before repeating the process in reverse when Mass is finished; so demanding, such a challenge.

Spare a thought. also, for the poor parish priest.

Pre Vatican II they just concentrated on giving a sermon based on the teachings of Christ whereas, today, they have to have completed a module on the art of being a stand up comedian before they finish Year One of their Seminary Studies.

For my part I shall remain firmly planted in the traditional Church, free from greeters, liturgists, extraordinary ministers and wise cracking priests.

It's so much easier in Latin!