Not quite a Lazarus moment

That would be endowing my release from hospital (on bail, pending further tests and then an op to remove something that should not be there), with more importance than it really deserves.

However, I am both startled, humbled and very, very grateful for all of your prayers and Masses. And please keep Mrs L and myself in your daily prayers as we are not out of the wood just yet.
Of course, the great Catholic thing under the circumstances is that we shall, in turn, remember you all in our daily Rosary.

Frustratingly, the hospital did not have wi-fi, so in the midst of the latest crises in HMC, I have had to rely on the BBC Radio Four programme for my news.
And that was very bad for my blood pressure (both the news and the prejudiced
way the Beeb presented it). 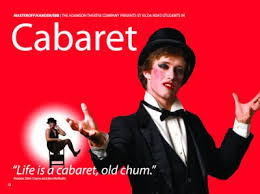 It seems very much to me that we have entered an era not so very distant from Germany's Weimar Republic of the 1920s and 30s.

Recession and economic disaster are on every corner, secularism enjoys an unparalleled resurgence, everywhere one looks there are images and acts of evil (pornography, violence, war, infanticide), degenerate humanity carries on drinking and carousing generally indulging itself in every perversion known to man and even the pillars of Holy Mother Church are shaking as what is, undoubtedly, an onslaught from below carries on apace.

It is slightly out of a time context but I cling to Archbishop Fulton Sheen's phrase of the late 70s:

"THESE ARE WONDERFUL TIMES TO BE A CATHOLIC"

For those unfamiliar with His Grace's context, he meant that, as a child he enjoyed something of an age of comparative innocence.
Front doors were left unlocked, bicycles could be parked in the garden unchained and free from fear of theft and so on.

By the time he was an old man, the world had moved on and society was suspicious, selfish and jealous; charity had grown cold. The Church and all of her members were under attack and it meant something to stand up and state 'I am a Catholic' under those circumstances.

And now, we have entered an Ice Age as far as goodness and charity is concerned. It is hard to stand up and make a claim to our Faith today; battered and despised by many.

But, we are the Church Militant! This is what we do!

It is  indeed a wonderful time to be a Catholic.