How I am a Catholic (plus, all clear now re hacking attempts)

My thanks to all friends who contacted me regarding Malware, this has now been resolved (DG) and my blog is functioning as per normal (which is not saying very much!) 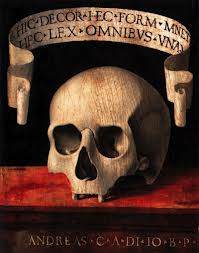 That's a badly phrased heading; what I mean is, how or by what means do I still have my Catholic Faith when so many of my friends and acquaintances have lost theirs?

Why me O Lord?

I am aware that my Faith, in the first instance, is a gift from God but I am also aware that much more is needed to keep that gift vibrant and alive.

A little (literally) soul searching led me to appreciate that there are several jigsaw pieces that went to complete the picture of my Catholicism.

First and foremost, I had the good providence to be born into the Faith; a cradle Catholic.

Secondly, my parents were good and holy people who did not so much catechise as set an example, one that was hard to follow but it involved a process of living the Faith as if it was the most natural thing in the world.

We knelt for the family Rosary, we fasted from the night before if we were to receive Holy Communion the next day, we were part of a busy and intense Church community, the boys served and ran errands, the girls sang and cleaned and our parents busied themselves with things parochial.

When we socialised it was with fellow Catholics, when we went to dances, they were organised by the parish, we went on pilgrimages together - it was a shock when I discovered that there was such  things as Protestants in the world.

And then there was my altar serving. For most of my formative years we lived within one hundred yards of the parish church. This was first in Hounslow and then in Osterley.

That meant that I was in demand as the default altar boy. I served morning Masses, and at night to receive bodies into the church and the next day at the Requiem.
I did weddings, funerals, baptisms, Bar Mitzvahs in fact, you name it and I served it, on a daily basis.
I do believe that the graces received from my serving at so many Masses and Benedictions have filtered into my immortal soul and rendered me relatively strong in my Faith.
I needed that desperately and still do.

And, finally, there was my Protestant wife; well, she was a practising Anglican, a 'church every Sunday' Anglican.

I just had to buckle down and make certain that I could live up to her standards and go to my Mass every Sunday without fail.

We would each go our separate ways on Sunday mornings and this went on for over two years when after a great deal of storming Heaven on my part, she decided that she wanted to swim the Tiber.

Nothing too exceptional about all of that but it does have a sort of pattern to it that today's parents may find hard to emulate; if they cannot implement most of the above points, I fear for the Faith of their children.

And, if the children lose their Faith through apathy or idleness on the parents' behalf, then the consequences are too awful to contemplate, for both parties.

But then, in the modern world there is little concern for death and judgement. If you don't think about them nasty things don't happen is the current philosophy whereas, I am adopting the method employed by a certain German Trappist monastery where, in the refectory hangs a painting of the Grim Reaper and an inscription underneath that states: "Tonight, maybe?"

That, and the four last things should be uppermost in my mind on a daily basis.

Macabre? I don't think so.

Email ThisBlogThis!Share to TwitterShare to FacebookShare to Pinterest
Labels: Catholic Faith, Why me O Lord?