A Mass! A Mass! my kingdom for a Mass! 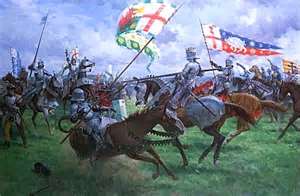 Today it has been announced that the human remains found beneath a Leicester car park are none other than the Catholic King Richard III, last of the Plantagenets and the last English King to die in battle (Bosworth Field 1485).

Forget about what happened to the two young Princes, forget about the limp and the deformed back, Richard was a Catholic, good or bad - and, as with most of us, in all probability a sinner but one worthy of God's forgiveness.

It would seem just too banal for this man to have ended up buried in a disabled parking bay in the local council's car park (I trust he possesses a blue badge).

But that, as they say, is how the maccarone crumbles.

It has also been announced that the mortal remains are to be buried in some style by some bod or other in the Protestant Church of England.

In fact, he can't even be buried with the Catholic Ordinary Form of Requiem Mass (Ordinary Form? For a King? Pshaw!) because he lived and breathed in a time when the Extraordinary Form of the Tridentine Latin Mass Old Rite, Mass of all Time, was in place and no other.

Please voice your disapproval of this travesty, not by storming Whitehall with lances and trebuchets but by storming Heaven with some fervent prayers.

And, thanks to A Reluctant Sinner for his post and guidance to the petitions site where you may also voice your disapproval by signing HERE
Posted by Richard Collins at Monday, February 04, 2013