In a surprise move the 86 year old chief Executive of ICI (International Cheese Industries) has announced his resignation and will leave the corporation at the end of the month.

Shareholders of the company are outraged and scandalised that their CEO is leaving, despite the fact that he has worked for more than twenty years past the commercial retirement age and has a variety of severe health conditions.

Many employees of ICI are, however, are pleased at the news on the grounds that the Chief Exec has made life distinctly uncomfortable for them by leading them back to the company's core mission statement:

"To produce the best of cheeses, faithful to original recipes".

Unbeatable. The company's original mature cheese is making a comeback 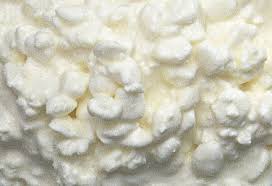 "We like producing soft, low flavour cheeses and our customers, who have lost all sense of taste, like them also.
But, for the past eight years we have been told to produce our original cheese range that is high on flavour, it's called 'The Extraordinary Flavour' range.
Now, with a new CEO we are hoping we can go back to the bland methods of production that we perfected in the 1960s."

Shares in the company have slumped as the media has entered into mindless speculation as to the reasons for the CEO's departure and have missed the major issues such as the company's Succession Planning policy known as the 'Paraclete' method.
This policy was designed to be flawless and is what the company PRO describes as a 'black and white' procedure: