Remains of senior Muslim Imam to be interred in Westminster Abbey

How ridiculous! And how insulting to Muslims (if it was true). 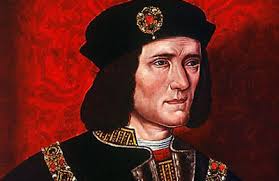 
﻿
But, it's not. No one remotely in their right minds, let alone a politician, would contemplate burying a person of a different faith in an opposing church.

Yet, that it is what the authorities have in mind for the bones of the English King Richard III, Catholic and Traditional Catholic, for that matter.

Now that, today, the boffins and bone diggers have had their way with his Majesty's DNA and confirmed that the car park bones do indeed belong to Richard III, sinister plans are afoot to have a 'service' in the Protestant Leicester Cathedral and to inter the remains there, an alien world to the hunchback King.

Wrong. Very, wrong.And if you see my earlier post you will find a link to a petition calling for this decision to be revoked and Richard laid to rest with a Tridentine Latin Requiem Mass (I've added the TLM bit, but I'm sure that's what they mean).

Protect the Pope has a post indicating that Bishop McMahon of Nottingham has stepped into the ring in favour of a Catholic burial for a Catholic King, and good for him.

Why is this important when the deceased has been dead for over 500 years?

Because it is the correct and proper thing to do and because we need to tell the secular world that we have rights and sensitivities and that, to flout them is to court insurrection in the form of many thousands of Rosaries being recited for the enlightenment of the moronic and the Catholic haters.