An omission - a Catholic education 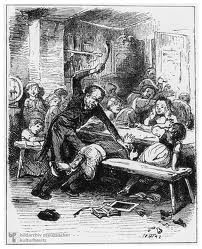 Life in a Catholic school of the Sixties

In yesterday's post I listed the formative elements that contributed to my Catholic faith but I  omitted one key part, that of my religious education.

I do believe that Catholic education today bears no resemblance to Catholic education in the late 50s and early 60s, unless, of course, you have an excellent school such as the London Oratory or the Cardinal Vaughan at your disposal.

Catholic education, or RE as it was called at St James's Burnt Oak, was very much a mixed bag.
I know not what syllabus the teachers (mainly Dominican nuns) worked to but it must  have been highly creative and innovative.

Each morning, after the occasional assembly prayers and daily class prayers, we would receive 45 minutes of RE.

Geography played a large part of this followed swiftly by history. We learnt about Palestine and its surrounding regions, of Lake Genasareth and the Sea of Galilee. We studied the journeys of Our Lord and then reverted to the Old Testament and mapped the component paths from Egypt to Sinai and Jerusalem to Rome.

We delved into the structure of the Roman Empire and compared how its rule in Britain compared with its rule in the Mediterranean regions; how it ruled in terms of an occupying force while still allowing a Jewish structure of military and civil authorities.

We examined the miracles of the Old Testament in comparison with those of the New, we debated the parables of Our Lord and statements such as: "Thou art Peter and upon this rock I will build my church" and we discussed the parameters of sin and how a moral code fitted into a modern society.

Outside of RE lessons we were taught to sing Plainchant and I recall our lay music teacher, Mr Freed exhorting uo to turn our mouths into pillar box aperture shapes when singing the Kyrie so that we produced an 'a' sound rather than the much easier 'ee' one.

We attended Mass in the parish church on high days and holidays and, on the odd occasion, in the school itself. We went on pilgrimages together and, in our general history lessons, we were taught both the 'Catholic answer' and 'the one you use in the exam.'

The school curriculum would be unheard of today and, at first glance one may overlook how that had a bearing on one's Catholic Faith but we learnt Brickwork (why?) alongside Physics and Woodwork and Metalwork alongside Algebra and Chemistry and, somehow it all seemed to work in a fashion and it added to our Catholic Faith by embedding fortitude, resilience and creativity into our outlook on life.

Discipline was the major area of failure; it was harsh, unjust and unCatholic but it did teach a certain stoicism although, I fear that many would have lost their Faith due to unwarranted strappings and beatings.
In defence of the teaching staff I have to say that it was a tough school. The pupils came from a mixed bag of backgrounds and there was a strong criminal element.

James Hanratty, the last man to be executed in Britain, was four years ahead of me but there were plenty of potential killers among my contemporaries.

And, finally, there was the Christian witness of the Dominican Sisters themselves. Most had served on the missions and were able to regale boys with pretty bloodthirsty tales while the younger ones provided exemplar models of propriety and goodness that most could relate to if not actually follow.

I would not hold St James's up as a model of good Catholic Education but it did have the main component parts to imbue the Faith into the great unwashed and I am grateful to the nuns and lay teachers for that at least.
Posted by Richard Collins at Sunday, February 03, 2013