It's the swivel eyed loons who are at the helm 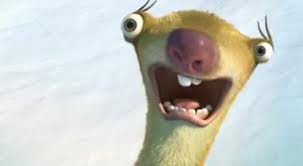 Today Prime Minister Cameron takes yet another plunge into a stream that is growing ever increasingly stronger against him.

The Same Sex "Marriage" Bill enters the House of Commons for its third stage and the PM faces a revolt from his own backbenchers.

But, will that be enough to change the thinking of a group of Ministers who are, I suspect, handling this in a most cynical fashion.

The Health Secretary, Jeremy Hunt, in an interview yesterday, stated that the party would proceed along its self destruct path because that is what the younger voters want.

That means the end of Conservative majority in two years time; the Tories will be relegated to a minority party by the inroads of UKIP and Labour gains.

Cynicism is one thing; blind stupidity is another.

Pray that Cameron and his SELs will not get their way, pray that our Bishops take a stronger lead in opposing this move.
Posted by Richard Collins at Monday, May 20, 2013