Time to invest in action?

If you have read this blog over the last week or so you will have noticed a certain preoccupation with the frustration of not moving forward fast enough.

In the last five years, since Summorum Pontificum we have seen some improvements but they, for the most part, fall into the "rearranging the deckchairs on the Titanic" category.

In fact, I did notice a statistic on someone's blog (sorry, can't recall whose it was) recently that, according to Fr Z, something like only 470 EF Masses are celebrated each Sunday, globally. I hope I have got that right, please correct me if I'm wrong.

470 Masses is nothing. It is a statistic that would barely merit a mention on the final print-out. 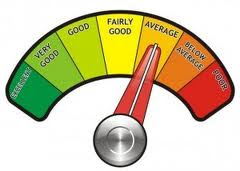 Average is not good enough!

In England and Wales we have one bishop (out of about 26) who has shown courage and responsiveness in answering the Holy Father's call.

And what of the Holy Father? How does he feel about the response to SP so far?

I can fantasise about a meeting with some of the key Cardinals and the Holy Father during which Pope Benedict says:

"Could someone please give me a quick breakdown as to how things have changed since 2007?"

Shuffling of feet and clearing of throats and then:

"Well, your Holiness, not much has changed in fact; there are one or two more Latin Masses in Europe, possibly a few more in the USA, not much happening outside of Campos in South America and the rest, well, you know its a nul pointer really"

Holy Father: "Hmmm......seems I was wrong in my thought processes but, at least we have given them the chance. So, from now on it's full steam ahead on the Ordinary Form, pity but no one seems to have smelt the incense" (sigh)

There has been comment made on Una Voce and their role in hosting, if that is the correct word, a forthcoming traditional pilgrimage this Autumn. Now, I do not know much about this organisation so it would be wrong to take it to task but it has had 45 years in which to increase the spread of the 1962 Missal throughout the world. EF Pastor has asked that I remember the good works of this group and, I am sure they are there but, in 45 years a potent group should have a better success rate, if that is how success is quantified.

But, enough of carping about others, what positive action could be started to get things moving, not just on the Latin Mass front but also on Education, Morals and Social teachings - what can be done to inform and educate the largely misinformed laity?

Well, I do believe that we are blessed with an astute and holy man in our Papal Nuncio, Archbishop Mennini.

For a start, and it is only a start, I would hope that perhaps we could look at developing a Rosary Bouquet to be presented to him, say early in 2013.
Why so long? Because, it would be good if we could present as many as possible to him and, if 500 of us could pledge five Rosaries a week between now and then, it would result in a bouquet of over 50,000.

And, to accompany the bouquet, a polite request for Rome to consider the four points placed before the Archbishop.

There is much, much more to be done but, it's a start (perhaps I should state that several notable Catholics have emailed me to say that they would be prepared to join a suitable initiative. It could work and if you think that the concept has legs, please let me know either via the comment box or by email to: r.collinsassoc@btinternet.com

Alternatively, if you think that I am barking mad, please offer up an Ave on my behalf.
Posted by Richard Collins at Tuesday, August 07, 2012