Time for a touch of the DTs 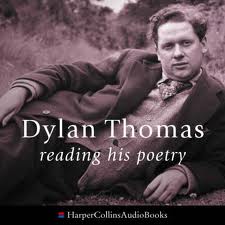 I know it's secular and I know the poet was not a Catholic but I love his poetry which, I believe, has echoes of Gerard Manley Hopkins.

There is, I am sure, more than a hint of a Christian faith here.

The poet is Dylan Thomas and the poem, Fernhill:-

Enjoy-oh! As they say in Wales