There's no such thing as a 'good sin' 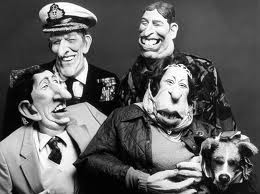 Sin distorts us all

The British Royal family are up to their necks in it yet again.

As if serial adultery, nazi uniforms and using MoD helicopters to get to and from a stag party was not enough they now have Prince Harry appearing on film, naked and cavorting with young females.

The media comment so far seems to take the tack "Well, he's a young man, he's got to sow a few wild oats before he settles down".

But this episode is not just a few drinks too many or a punch up with a member of the paparazzi (although those are bad enough).

This is a blatant, vulgar and crude affair that revolves around young Hal playing 'naked billiards' in Las Vegas.

Not good. Very bad, in fact. A terrible example to other young men and women.

And he's third in line to the throne.

But sin is sin, it has three forms, original, mortal and venial.
All are bad; there are no clauses that state: "Go free if you are below the age of 30"

This 'no sin it's just a lad's romp' card is used in all sorts of situations but it just will not wash.
I hear Catholics stating that they believe in their conscience so contraception is OK, so is IVF and so is disregarding Rome and the Holy Father.