Anyone for a march on the capital? 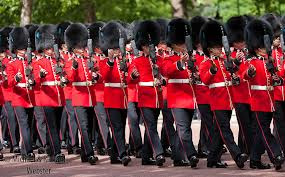 Time for the Church Militant?

There is no doubt that the letter from British priests, Bishops, Abbots and leading Catholics will have hit home with PM David Cameron and it is heartening that so many of our clergy have stepped up to the mark.

But a letter alone, even in the Daily Telegraph, is not going to be enough to bring about a re-think in Government circles.

It is an unfortunate characteristic, of certain men who have been educated at Public School, to be so totally convinced in their own ability to be right that they fail to see the obvious.
Pigheaded is another way of putting it.

At least, I hope that it is the obvious. I suspect that the average Catholic man or woman in the Thornton Heath pew cares little about Gay "Marriage" except to think that it is a rather Christian thing to allow freedom in such matters.

If this is the case, Cameron will surge on with his plans and, come General Election time Mr & Mrs Media Cattolico will place their electoral cross against 'Conservative.'

So more is needed not just to bring Cameron to the stage of recognising he is acting undemocratically but also to galvanise the Catholic masses, the Catholic electorate.

Would a march round Westminster Square do the trick?

Possibly. Depending on turnout. And that depends on the Parish Priests and some of the Bishops.

Let's try to do the sums:

Anticipate a minimal response rate (to the call to march) of 0.5%

Now multiply that figure times an estimated 20 million people who would witness the march and subsequent debate on television and in the newspapers and you begin to build a picture of just how effective we could be given the wherewithal.

That's a sum that even a schoolboy at Slough Comprehensive could work out.