Who am I? Where am I going? What am I doing? 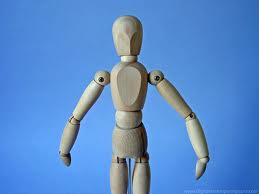 The recent meeting of Catholic Bloggers (Guild of Blessed Titus Brandsma) was, much as I dislike the phrase, thought provoking at the very least.

The lively talks, debates and more informal discussions over a pint at lunchtime, nudged me into indulging in a little navel gazing. I felt that a different and better sense of direction was needed as far as my blogging activities were concerned; I needed to review what I was posting and to assess what end result I was looking for.

The need to "know myself" was brought to the surface by meeting so many gifted and talented bloggers and followers - an "inspiration" of Catholic bloggers would be a good collective noun to describe those at Blackfen.

So, I set to, in the days after the meeting, to reflect and brood on the sort of blogger that I am.

My starting point was inspired by Mary O' Regan's sparkling talk on Journalism and Blogging.

I fell back on the old question that could be found in every sales training manual of the 70s - "What sort of an animal am I?" Except that, I decided that it would be more relevant if I aligned my blog with a newspaper so that the question would be: "What sort of newspaper am I?"

Sadly, I came to the conclusion that I am rather more Daily Mail than Daily Telegraph - more into sarky headlines and comment, short, snappy sound bites in print. Pretty much middle of the road in intellectual terms, appealing to the lowest common denominator.
You see, The Daily Mail is not a paper that I greatly value or admire so I was a shade crestfallen that my soul seeking had me flat on my face at the first fence.

And then I thought (desperately) that few Catholic bloggers could be aligned or identified with just one publication; in reality we are an amalgam of publications.

With this thought in my mind and with the idea of gaining a better yardstick for my own analysis, I decided to look at some of my fellow bloggers just to see how this exercise would shake down; I restricted it to British Catholic bloggers as my knowledge of the US media is hazy to say the least.

So first on my list was A Reluctant Sinner and The Path Less Taken. Those were, I decided definitely 60% Catholic Herald and 40% Daily Telegraph.

Whereas, A Tiny Son of Mary, is certainly 100% Catholic Herald.

Hilaire Belloc is  95% Times Literary Gazette  with 5% of The Catholic Herald while That the Bones You Have Crushed May Thrill has a most interesting profile broken down more as a cocktail of Catholic Herald, Daily Telegraph and Daily Mail - with a liberal dash of Big Issue!

I must call a halt there lest I unintentionally cause offence (not my style at all!)

So, then back to my profile; perhaps I could gain a little ground in the credibility stakes by segmentation also.
With a little bit of mental rearrangement I found that I could honestly regard my blog as now only being 75% Daily Mail. Good but not good enough, how would the remainder turn out?

Well, only 5% could be assigned to the Daily Telegraph and the same for The Catholic Herald. That brought me up to 85%.

Then, inspiration struck and I allocated 10% to Private Eye. Excellent!
But I still had 5% to go.

Much head banging and wailing and then.......