And now the morality pill! 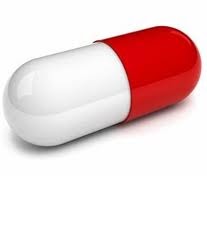 Following hot on the heels of Modafil, the "wonder" pill that allegedly improves the brain to such a degree that it is estimated to increase exam grades by up to 10%, a new pill is being developed that will "enhance morality."

Details are sketchy but, of one thing I am certain, it will not form part of my prescription list.
But why should I be so, sniffy about it?

I am all in favour of serial child abusers being chemically castrated; if there was an anti shoplifting potion, the retail industry would be baying for it to be added to our drinking water so, why not a morality tablet?

For a start, there is a better way; education and nurture based on the Catholic Faith.
And, for another thing, morality differs from country to country.

There was outrage recently about the news report from China of a two year old child, tragically run down by a car and left to die in the gutter.
It was outrageous but, also, Chinese society has been groomed for this.

The one child policy leading to abortions by the billion and the general result of 60 years of Communism where human life is absolutely not regarded as sacred, has brought a harvest of cold indifference.
In addition, to stop and help a dying child, places a burden of responsibility on the person.
The Good Samaritan in China is frequently the butt of all attendant expenses, medical fees, undertaker's costs and, often, blame for the incident.
Small wonder that they pass on by.

A morality pill would not work in China and in quite a few other places I know of.
In fact, it is hard to imagine how it could possibly work.

Would it be handed out on a daily basis in prisons throughout the land?
Or, maybe in the City of London and on Wall Street there would be vending machines, sort of moral ATMs, available for the banking fraternity.

And would there be instances of people overdosing and, as a result, walking the streets barefooted, begging for food for the poor?

Would Black Rod, at the commencement of Parliament each day, parade past members with a tray of pink pills designed to give all politicians a ten per cent lead in the morality stakes?

I don't think that even George Orwell could have imagined this.....or did he?

Meanwhile, I shall keep taking the tablets, Moses' tablets, that is.
Posted by Richard Collins at Friday, February 17, 2012

Email ThisBlogThis!Share to TwitterShare to FacebookShare to Pinterest
Labels: The morality pill