I might add Abbott to my Santorum Rosary pledge 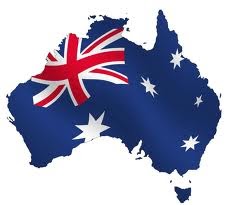 In fact, I will, I like almost all that I read about the man but, above all, as with Santorum, I like the fact that he attracts bitter and vile criticism from his opponents, that means, in my book, that he has moral values and is not afraid to speak out when required to do so.

Just imagine, a Catholic President in the USA and another Catholic as Premier in Australia - things could be looking up.

Described as being " a socially conservative politician" - that rates an eight out of ten in my poll;  he is also accused of "wearing his Catholicism on his sleeve" - better and better.

Born in London to expat Australian parents he entered a seminary in 1980 but decided the priesthood was not for him.
He is not afraid to hit back at the leftish wing of the Catholic faith and, once when challenged by priests he responded with:

Just as America needs a Santorum, so Australia needs an Abbott. The country is floundering in a morass of liberal political correctness, or so I read. I will have a chance to see at first hand in a few weeks time when I travel out there.

But, there is a caveat, according to his online biographical details, Abbott, (whilst being Pro Life) is also in favour of legal abortions on a highly restricted basis.

This view, if true, is totally unCatholic and unacceptable.
Strange that one who has studied theology and philosophy within a seminary environment can go down that route and still call themselves Catholic.
But, I guess, if Australia is as dissolute as we are told, then a Catholic leader who is prepared to bend his beliefs would probably do well in the polls.
Sad but true.

But then, that's what the liberal Catholics do is it not?

Perhaps Tony Abbott needs our Rosaries not just for his election but also for his faith.
He might like to look to Rick Santorum's firm moral stance as an example of a fearless approach to electioneering (and start wearing sleeveless cardigans).
Posted by Richard Collins at Monday, February 27, 2012