Today, at 4.02pm to be precise, two ancient enemy nations will do battle - on the field of Twickenham! 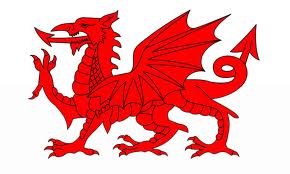 Wales will play England at Rugby and....far be it from me (a humble Englishman) to attempt any psychological gain for my country but I was put in mind of the trial of St Thomas More as portrayed in 'A Man for All Seasons'.

It is one of the great films about one of England's greatest men and a saint of the Church.

In the film, More is betrayed by his erstwhile assistant Richard Rich who has accepted the badge of the Red Dragon, signifying his post as Attorney General for Wales.
You may view the scene here, it appears at around 3:50 but watch the whole clip, it's Paul Scofield at his best.

And St Thomas, picking up on this reward for treachery utters the immortal line: "For Wales Rich, for Wales?"


If Wales wins on the 25th I may live to regret this post. Until then...heh! heh!

And may the worst team win!
Posted by Richard Collins at Saturday, February 25, 2012