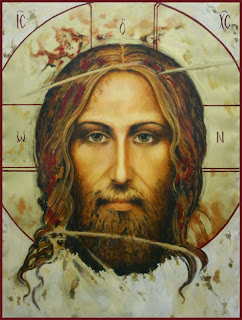 I am indulging myself here in a little bit of gazing into the future (not necessarily a good thing but sometimes it is useful to prepare a strategy to cope with the peaks and troughs that our Faith throws at us).

What would happen if Rome announced the end of the Latin Mass?

Well, apart from the liberal lobby throwing their hats in the air, I suspect that, on the surface, life would carry on as much as usual.

Some priests would buckle down and revert to OF mode only; maybe the Franciscan Friars of the Immaculate would elect to part company with Rome pro tem.

And the traditional orders......the FSSP, ICKSP and Transalpine Redemptorists.......would probably be setting out on the path to Econe.

Congregation numbers at SSPX Masses would swell to unimaginable proportions and some might even find their way, tragically, into the sedevacantist camp.

Assuming that the ban on the Latin Mass was not made by the Holy Father speaking infallibly, those traditional Catholics who did not wish to attend the Novus Ordo would be left facing the dilemma - the Pope or conscience.

As several people have pointed out of late, it is not necessarily a sin to disagree with the Pope.

It might be a sin to disobey him but, if the HF speaks (informally) then presumably, with the benefit of spiritual guidance and an informed conscience, it would be in order to go one's own path to salvation.

There have been several cases of precedence for such actions, most famous, of course, being the stand taken by St Athanasius.

And St Catherine of Sienna was not backward in coming forward to tell the Pope where he was going wrong.

I am not, of course, advocating a course of action, I just find it helpful to have a Plan B to hand.

Because, if such a ban did at some stage in the future, come into being, we can be certain of one thing.

That is, that our more liberal Bishops, will jump to obey in a fashion somewhat akin to the speed of greased weasel ****.
Sorry to be coarse, I just could not find a more suitable phrase for such a situation.

I hate to imagine the excesses that their Lordships will indulge in, not least of which will be their actions of retribution against those priests and teachers and other members of the laity who have been the grit in their jar of Vaseline for so long.

The question for my conscience is going to be: If stuck between St Peter and a hard place, what should I do?