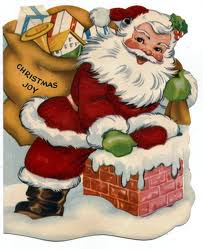 Ho, ho, ho! Has a special resonance in China

Some years ago I had to teach a class of English Language students in China, for a whole lesson.

I am not a teacher.

Class sizes in China average 65 to 75 pupils.
It was not something that I wished to do, it was thrust upon me but I did have time to prepare the lesson.

I had been at the school the previous day and seen the English Language materials they were using.

It was December and the teachers had prepared a programme based on the meaning of Christmas.
This involved printouts with stories about a jolly fat man, sacks of gifts, reindeer, elves and poor children.

I found it surprisingly difficult.

To tell the Christmas story alone and without any preface or follow through appeared to make a nonsense of the whole thing, I might just as well have stuck to the jolly fat man script.

In addition, my copy had to be simple and straightforward; my audience were not strong English speakers, I decided to pitch it at Year 6 level in UK terms, children of roughly eleven years of age.

Of course, the task was made harder by the fact that these children had never heard the name Jesus Christ, they knew nothing of Christianity or even that there was a Supreme Spirit who had made them in His own image and likeness and who had offered up the life of His Son in order that they might be saved.

In the end I finished with a single side of typed A4 paper, possibly a thousand or so words.

It was, I felt, (a little unhumbly), not bad for one thousand words.

I gave the lesson, quaking in my shoes and I might just as well have been expounding on the theory of relativity to a group of anteaters; I bombed spectacularly.

There was polite applause at the end and a lot of muttering which I understood to be along the lines of "What sort of rubbish was that big nose spouting about? Doesn't he know that Christmas is all about a jolly fat man who, for some strange reason, enters houses by going down the chimney?"

That experience has haunted me somewhat, especially in the light of various reports from our educational system that would give the impression that many British children (and adults) are just as ignorant about Christ and Christmas as those Chinese pupils.

How are we going to spread the good news to them?
And, if the little green men ever materialised today, how would we set about enlightening them with regard to things theological?

Just where do you start? I mean, if you are speaking to a non Catholic, whether they be Christian or atheist, you can be fairly certain that there is some background information that they hold on the subject.

That at least gives you some point of focus; but to be totally oblivious to the Almighty and the historical and spiritual elements involved, that is something else.

If anyone would like to venture a concise history of Christmas and its origins in 1,000 words or less (on their blogs) it would be interesting to compare styles and content.....perhaps, even, Mulier F might give marks out of ten.

It would also spur me on to finding the original that I presented all those years ago in China.
Posted by Richard Collins at Saturday, December 08, 2012

Email ThisBlogThis!Share to TwitterShare to FacebookShare to Pinterest
Labels: Martians and the Faith, Re-evangelisation in England and Wales, The Christmas Story