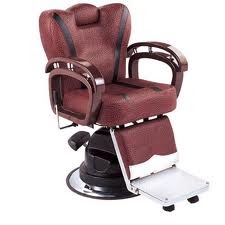 
The good news is....the Catholic Education Service (CES) has made an appointment to replace Oona Stannard.

My apologies to Mr Barber and Mrs Barber and all the little Barbers if there are any, I'm sure they must be rejoicing at the news. But, that this plum job has fallen into the hands of the man who was at the centre of the row over The Cardinal Vaughan School and its desire to keep its Catholic identity and independence is somewhat disturbing.

Mr B was Archbishop Nichol's Director of Education and, leaving out a great deal of detail, he wanted to implant governors onto the school board, taking all control for their appointment away from the school and the parents.

It was, some say, a hamfisted, small minded attempt to ride roughshod over the views and feelings of the Catholic staff, pupils and parents but those good folk at the Vaughan swung into action most professionally and ran a very successful campaign that meant the Archbishop had to back down, give in, capitulate.

So, it does not exactly auger well for the poor old CES that must bear the brunt of the criticism for the dire state of most Catholic schools in this country; just as they thought it was safe to go back into the water....

I find this sort of news extremely depressing but must refer you to Damian Thompson's post (the Telegraph has much better litigation lawyers on their side than I have).

This is the recruitment ad that the CES ran last October, I do hope that Mr Barber will live up to the ideals stated therein:

The Catholic Bishops' Conference of England and Wales is seeking to appoint a new Director for the Catholic Education Service. The CES is the agency which represents and promotes the national education policy of the Bishops in relation to the 2,300 Catholic schools, colleges and university colleges which the Church is responsible for across England and Wales.The Conference is looking for a practising and committed Catholic who is capable of giving strategic leadership and strengthening relationships at a senior level nationally to promote the interests of Catholic education with the UK and Welsh Governments.You will:• Be motivated by your love for Christ and the teachings of the Catholic Church;• Have a passion for, and a secure understanding of, the distinctive nature of Catholic education;• Have substantial senior management experience and demonstrated inspirational leadership;• Possess highly developed interpersonal and communication skills, and the ability to win respect and trust at all levels.