It's the Dominicans - again! 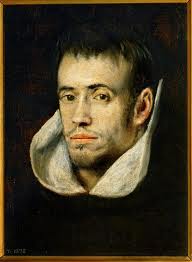 A Dominican, not a Socialist

Not so many years ago the Dominican Order was in a similar state as the Jesuits today.

Many Dominicans were louche and worldly and on Friday nights there was a blur of sweaters and jeans as the Friars shot off for rather unfriarly social activities (from a certain London base).

Things changed; I know not why except that the hand of God is evident.

Some of the older, more left wing Doms went to meet their Maker and, at the same time, receive the shock of their everlasting lives.

They would have been surprised to discover that God is not a Socialist, neither is He a Conservative, and He most certainly is not a Liberal Democrat.

Those priests need our prayers today.

Younger Dominicans came on song and the order began to find its base once more.
Erudite preaching returned and books that emphasized the orthodox appeared on the various publisher's websites.

In America, there is a far greater pace to the reform of the reform; vocation figures are up and on an upward curve and young women, especially, are turning once more to a life dedicated to prayer and Christian charity.

In particular, the Dominican order is benefiting from large intakes of novice nuns and I believe that to be a great and wondrous thing; young women giving up their worldly lives to dedicate themselves to God and with tremendous attendant benefits for us lay men and women.

Father Ed Tomlinson, whom I know not, has a post on the resurgence and I hope that he will not mind me snaffling his video clip, it is so good that it must be shared out lavishly.......here it is: