Let's stamp on this lie now!

It is just not true but it is well on the way to becoming embedded in the Catholic pysche, so much so that a traditionalist priests actually related it to me quite recently and I was duty bound to correct him.

What is the lie? 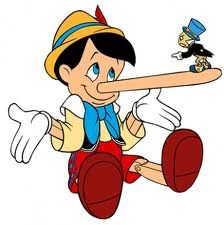 The Latin Mass took 6.8 seconds this morning!
That pre Vatican 2, when all was Latin and not a stain of the vernacular in sight, priests babbled through the Mass.

What? You mean they gabbled and babbled and rushed through the Latin at a helter skelter pace so that Holy Mass in its Tridentine Latin form was completed, quite regularly in 6.8 seconds!

Well, it would be amazing it it was true but it ain't (lapse into a bit of Americanese just to show what a worldly chap I am).

So, it is not true; I am sure that there were some priests who gabbled on occasions, like when they had an urgent sick call to make immediately after Mass but as a general rule...no.

How do I know?  Well...I was there and, what is more, I served at multiple Masses offered by a very cosmopolitan variety of priests...an explanation.

We lived less than one hundred yards from the parish church of St Michael's and  St Martin's, in Hounslow, what is now one end of the main London Heathrow Runway.

Because of our proximity to a) the church and b) the airport (then Hounslow Aerodrome) it was encumbent on me to serve many weekday Masses before school and these were, in the main, celebrated by priests who were arriving or exiting Britain and using the parish as a staging post.

So, at a rough estimate, I must have, in a period of ten years, served at something like 1500 plus Masses.
Not a bad poll figure on which to make a claim.

Now what are the reasons for this high speed Latin Mass myth?

I have a hunch that many people, who are not overly familiar with Latin, fail to comprehend it when it is spoken at a normal talking speed. A little like practising one's French before the holiday and yet, when you step off the plane   the locals seem to be speaking in sentences where the words have all become merged into one.

In pre Vatican 2 Britain, all priests spoke Latin as if it were their mother tongue - and why not?

I also seem to recall that there were very specific time limits set by Canon Law, outside of which, a celebrant would have been guilty of fault; for a Low Mass I believe there was a twenty minute minimum...for High Mass....I cannot remember.

As a young altar server I am afraid to say that I would have welcomed a twenty minute Mass with open arms but they did not often come my way.

Instead, I would be treated to a moderate, reverent and clear 40 minute delivery of the holy texts and, who knows, some of the graces received from those 1500 Masses may have stuck with me in later life.

So please, unless you are as old as Methuselah and can challenge me on this point, let's hear no more of it. And when you hear a priest, nun or parish commissar state this lie...correct them, gently and charitably.

Email ThisBlogThis!Share to TwitterShare to FacebookShare to Pinterest
Labels: Latin Mass, Mass in the vernacular