Hats in the air for the Vaughan! 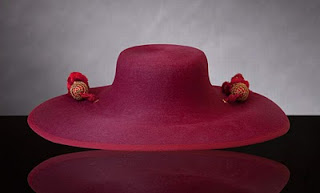 At last the Vaughan Parents Action Group has achieved part of what they set out to achieve in the first place.
Their choice for the post of Headteacher, Mr Paul Stubbings, existing Deputy Head, has fought off stiff competition to be appointed, many congratulations to him!

Now some may ask what all the fuss was about......Vaughan Parents getting in a state over the appointment of a new Head. But...if they had not organised themselves efficiently and held vigils and offered up prayers, would they be celebrating today? I think not.

If you ask me it was the prayer vigil outside the Cathedral wot swung it!

Here is the announcement:


13th October  2011
"The Vaughan Parents’ Action Group warmly welcomes the appointment of Mr Paul Stubbings to the substantive position of Headmaster of The Cardinal Vaughan Memorial School.
Mr Stubbings commands widespread respect at CVMS having served the School with distinction for twenty-two years, most recently as Deputy Headmaster.
As Mr Stubbings takes up his post in this high achieving Catholic school, we offer him our support and prayers.  Parents will work with the new Headmaster to ensure the School remains a beacon of the Catholic Faith, and to sustain its record of outstanding academic, musical and sporting achievements.
The Vaughan Parents’ Action Group is deeply grateful to the elected Parent Governors who have valiantly withstood huge pressures over the last year in their fight for parents’ voices to be properly represented on the Governing Body.
The precious inheritance of the lives on in no small part due to the devotion and expertise of Mr Charles Eynaud. As Acting Headmaster, Mr Eynaud has led the School with dignity and skill through two of its most turbulent years.  The debt of gratitude we all owe him is simply incalculable.
We pray that this appointment, agreed unanimously by the Governing Body, heralds a new era of openness and transparency. We expect the Governors to give our new Headmaster the total support the post requires. We hope that the Foundation Governors, in particular, will work co-operatively and reasonably with all the Governors so that the ’s proud traditions of love and service may benefit generations of Catholic children to come".
And congratulations to the Parents, Staff, Governors and Pupils of Cardinal Vaughan School - Bravo!