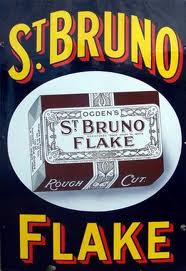 A day of sparse posting coming up as I was foolish enough to visit
The Muniment Room and have now contracted the first known case of eflu!
Thank you Ttony, I shall bear 'my mother of all sore throats' and aching limbs with the same constancy and forbearance as you! Where's that brandy?

A Reluctant Sinner has a good post on this topic, namely, David Cameron coming out fully in favour of homosexual marriage at the Tory Party Conference (as well as a wall of silence from the you know who's).

I began by liking Cameron but, as each day goes by, I like him less and less. This latest pronouncement has really pushed me into the red zone ie active dislike.

Call me a cynic but he only has to count up the number of Catholics in the UK (c. 5 million) and then tot up the number of homosexuals (a staggering estimate of 3.6 million) - subtract one sum from the other and, bingo!
He is going to lose the majority Catholic vote. Not too hard David?

But then, am I being something of an idealist? Won't many younger Cafe Catholics (or Canteen Catholics) - see Ben Trovato's post on http://ccfather.blogspot.com/  - see nothing wrong in homosexuals marrying?

So where can I go to, electorally speaking. I had half a mind to join the Liberal Democrats (I'm told that's all you need, half a mind!).
I certainly could never vote for Red Miliband...so you had better get cracking  Greg Beaman....... http://abriefencounter.blogspot.com/2011/09/catholic-political-party-for-england_13.html#
Posted by Richard Collins at Thursday, October 06, 2011