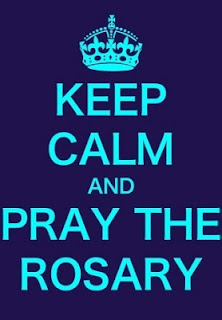 There is a particular type of academic, or pseudo academic, who appears to place more importance on the political correctness of the spiritual life than in, say, piety or reverence or, even, prayer.

Now, as most of you will know, I am untainted by the Novus Ordo, I only attend, if necessary, at funerals or weddings (more funerals these days).

And the high jinxes of the congregation and, very often, the priest, leave me feeling that my purpose in life has ended and the world has finally gone round the twist.

A few weeks ago, at the candlelight procession in Fatima, the Rosary was recited as normal.

Just as at Lourdes, different nationalities took it in turns to say the decades.

First we had the Portuguese version, (naturally), then the French, Spanish and so on until it was Britain's turn.

I have often wondered what is meant by 'estuarial English', now I know.

The female's voice was distinctly the wrong end of the Thames Valley, not improved by the fact that she appeared to have a clothes peg on the end of her nose.

But worse was to come. She recited the Hail Marys in the fashion of the day.

"Hail Mary full of grace, the Lord is with you, blessed are you among women and blessed is the fruit of your womb, Jesus"

Perhaps that is how everyone says the Rosary these days; but it grated, sounding vile and worldly and it has led me into researching more into the sin of inclusivity that seems to have permeated HMC over the past 25 years in particular.

This may seem trivial but, as Father Baker of Downham Market once said about the post V2 changes: "The Church has been put in a boiler suit".

And saying the 'Hail Mary' in this fashion is just another example of pc stupidity, reducing what should be holy to street level.

In my researches I have come up with some interesting findings......more, much more on the inclusive language agenda that is being shoved down the throats of the gullible Catholic; but that is something thee will have to wait for.
Posted by Richard Collins at Monday, June 10, 2013

Email ThisBlogThis!Share to TwitterShare to FacebookShare to Pinterest
Labels: Catholic Education in a mess, Fatima, Political correctness in the Catholic Church, The Rosary