But what can a Bishop do? 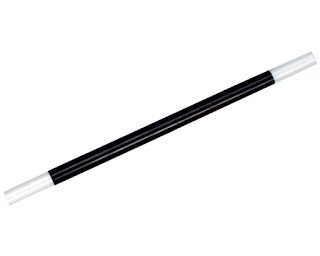 Get rid of the magic wand and pick up the crozier


I hope that, one day, some interested soul will conduct a review of the past fifty years in terms of practical initiatives as introduced by the Bishops of England and Wales.

To catalogue them and to identify those that were successful and those not.

It would not be an arduous task; the list, I suspect, could be written on the back of a penny catechism.

I can recall one outstanding bit of jiggery pokery, the introduction, back in the 1970s of the pernicious secondary school RE programme called "Weaving the Web".

Maybe I am falsely accusing their Lordships, perhaps "Weaving the Web" was slipped on to the agenda while they were at the annual Eccleston Square Golf Tournament or some such other vital function of the post Vatican II era.

But the fact is, they allowed it to rumble on ad nauseum, spreading disaffection wherever it was taught ('Jesus was a Prophet, you know').

How could the Bishops transform their act today to inspire the hearts of the faithful and foster unswerving loyalty (rather than fear) from their priests?

Here is an episcopal shopping list; it's not long. The Bishops would not have to labour from dawn to dusk to implement it.

In fact, they would have to 'do' very little, just act as leaders. That, in itself would be a great start.

1. Jointly review the Catholic Education Service and create a curriculum for Primary and Secondary Schools designed to inspire love and instil knowledge regarding the Catholic Faith.

2. Assess the ration between priests and parishes and carry out a ten year projection regarding human resource provision. Then, act as Pope Emeritus Benedict suggested they should and look to creating a federated parish system so that groups of priests, living together under one roof could provide for clusters of parishes - it's not sufficient to wave banners stating 'Don't close our parish' something has to be done to ensure provision of the Mass and Sacraments, now.

3. Re-evaluate the policy of taking young priests from developing countries and dropping them into a parish in the middle of nowhere, expecting them to shepherd the flock in a manner often quite alien to the sheep themselves.

4. Require all religious under their command to wear clerical dress or a habit at all times in public.

5. Write a 'Catholic Charter' setting out, bullet point fashion, all the key areas concerning religious/political matters eg No Catholic should approve of homosexual acts as they constitute a mortal sin, All Catholics must oppose Government plans for Same Sex "Marriage" etc.

6. Restore reverence within their churches; genuflection, altar rails, centrally placed tabernacles and altars, rather than tables, to come back while Mass crèches and Extraordinary Ministers to go.

7. Issue a directive regarding liturgical practice, no female altar servers, Masses celebrated Ad orientum, no dancing or shenanigans on the sanctuary.

8. The EF Mass to be provided at least once each week at every church (and not at 4.15pm)

9. Legion of Mary, SVP and Pro Life groups to be encouraged in every parish.

10. Establish a new role for the nuns of the Diocese, give them direction and objectives and targets to achieve.

I am sure that you will be able to add to this list but, even if they could only implement these ten points, just think what changes would be wrought.

And still time for a round of golf on Wednesday afternoon!
Posted by Richard Collins at Thursday, June 20, 2013

Email ThisBlogThis!Share to TwitterShare to FacebookShare to Pinterest
Labels: Action from the Bishops, After Vatican 2, Catholic Bishops of England and Wales, Getting the Church back on track, Year of Faith