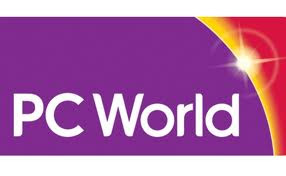 We may thank, for this ever so small, tweak of the gender designations, our NBF, the Same Sex "Marriage" bill.

It appears as if our civil servants, bless 'em, are making these changes in preparation for the flood of odd couplings that will be the fruit of this rotten tree.

So, if we follow this move to its logical conclusion we will have letters addressed to 'Mr & Mr' or 'Mrs & Mrs'.

It will probably be a hate crime to actually address a letter to 'Mr & Mrs' as it so excludes those who adopt perverse agendas (and genders).

Of course, we will no longer be able to refer to a male pig as a 'boar' or females as a 'sow' and my faithful Lithuanian Shrew Hound dog, is now a bitch!

The Daily Telegraph reports on the matter as follows:-

"Civil servants have overruled the Oxford English Dictionary and hundreds years of common usage effectively abolishing the traditional meaning of the words for spouses.
The landmark change is contained in the fine print of new official legal guidance drawn up for MPs and peers as the Government’s same-sex marriage bill is debated.
It comes as part of a Government initiative to “clarify” what words will mean when gay marriage becomes law.
But critics described it as the vocabulary of “cloud cuckoo land”.
It follows claims by opponents of the redefinition of marriage that universally understood terms such as father and mother might be simply deleted by bureaucrats on official forms".