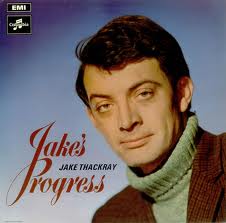 A bit off track I know but I could not let the anniversary of this guy's death pass by without a post.

Jake Thackray was a folk singer turned poet and songwriter who drifted into the French "Chansonnier" tradition.

He soon left the folk clubs of the North of England and was snapped up by the David Frost cliques, performing regularly on TW3 and a host of other programmes.

Jake was a Catholic. He appeared to carry some personal tragedy with him at all times but he had a unique voice and style.

His songs were funny and a little bawdy at times.

Tragically, he had a weakness for strong drink and, whilst living near Monmouth, died aged 64 on 24 December 2002.

May God have mercy on his soul.

Here is arguably one of his finest pieces - Brother Gorilla...please note, it's a trifle risque...depending on your outlook....