Now is the time for Archbishop Nichols to end this disgrace 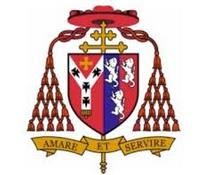 
I am one of a very large number of people - Protestants as well as Catholics - who are deeply distressed by the crisis that has brought the Westminster Diocese into heart-rending conflict with so many parents and pupils at The Cardinal Vaughan Memorial School. I am an Anglican and therefore have no family connections with the school, but I have long admired it for its remarkable achievements.
After reflecting carefully on the issues at the centre of this terrible crisis , I felt that I had to give my support to the Vaughan Parents' Action Group. I am now one of the Group's patrons.
In June, I spoke in the House of Lords about the need for action to safeguard the legitimate interests of parents with children at the school. Shortly afterwards, the Government made clear that it intended to amend the law.
The change will require those responsible for those appointing parents as Foundation Governors to choose them from among parents who have children at the school. Only if that is impossible for some reason will other parents be eligible for consideration.
The Diocese now has a great opportunity to heal the wounds inflicted during the protracted dispute. It could do this by anticipating what is to come and nominating two current parents as Foundation Governors immediately.
Even more effective in the healing process would be a declaration by the Diocese that, during the forthcoming selection procedures to find a new Head, its nominees will work to find a concensus that unites the Governing Body as a whole, ending this sad period of division and bitterness unworthy of a  Christian institution.
I hope you will be able to respond positively to these proposals which I intend to raise in Parliament in due course. In view of the widespread public interest in making rapid progress in the governance of this outstanding school, I  intend to release this letter to the press on 8 August. I am also sending a copy to the Secretary of State for Education.
(signed)
Alistair Lexden
What more can be said other than it is long overdue for Westminster to issue an apology and to agree to the parents' requests gracefully.
Failure to comply will only result in more scandal for the Church, disaffected Catholics throughout the country and a resounding defeat for the Archbishop. No one wants that; but they do want their legitimate rights.
Posted by Richard Collins at Monday, August 08, 2011