A 'new' Latin Mass for London?

My youngest daughter has just informed me of a 'new' Latin Mass centre in London - Whey-hey! and all that!

I thought that I knew all the crevices wherein a Sunday EF Mass was to be found in the London area.

The Oratory at 9am, of course, St James's (I like the apostrophe) Spanish Place at 9.30am and St Bede's Clapham Park at the very social hour of 10.45am.

Then there's St Mary Magdalen at Wandsworth Common at the even more social hour of 11am and that's it for parishes with a TLM every Sunday (I'm leaving Blackfen out of it as they are, I think, a bit beyond the London boundaries, sorry Fr T).

Not a lot for Britain's capital city and mother Diocese of England and Wales but......there you go, come the revolution etc.

But now, thanks to Miss Collins, I am informed that St Margaret's Convent Chapel, Canning Town, has a Latin Mass at 6pm every Sunday! How come this one passed me by? 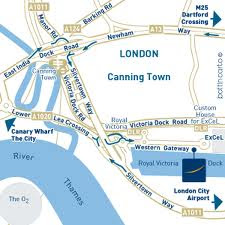 Easy. It's not in Southwark or Westminster, it's in Brentwood Diocese.

Aaah....Brentwood Diocese. Last time I mentioned the scarcity of Sunday EF Masses in Brentwood I got a good roasting from many good bloggers who knew otherwise but, on checking the Latin Mass Society quill and parchment Mass Listings online, I see that only St Margaret's offers the Mass of all time on every Sunday - in the whole Diocese!

Now, if you have the knowledge as the London Cabbies say, please don't beat me up, if you know of other Latin Mass parishes where a Sunday EF Mass is offered, write to the LMS and ask 'em to feature in it in their ledger.

But, in all of this is there a smidgeon of misinformation?

Can you say, with any accuracy which town is in which Diocese? Is Baldock in Westminster or Brentwood? Guildford in Southwark or Arundel and Brighton? Ware in Northampton or Westminster?

And don't even start on Southwark North and Southwark (Kent) ugh!

If you were a visitor from overseas (are we still allowed to say 'foreigner'?) not knowing the geography of England and Wales, where would you begin with a Diocesan index?

I would suggest that the LMS might consider two things in all of this; one, that they produce an index of Mass centres by town or city in alphabetical order, and, two, that they expand their listings to include all Latin Masses, not just ones where they have a finger in the liturgical pie.
Not just those that they support and organise.

And one final point regarding St Margaret's...it was the parish wherein my dear parents were born and brought up.
My mother was the organist when just a slip of a girl and my father painted extensive murals for the church, I don't suppose for one minute that they are still there.
All colour was whitewashed out after the Second Reformation. I think I'm still allowed to say that.