Jeremy Hunt's move was a brave one

How few politicians stick their heads up above the parapet these days - from either party.

If they do it is generally a case of 'opening mouth before operating brain' on a topic such as MP's expenses.

So for the new Health Minister to state that he was in favour of a reduction down to 12 weeks, in the cut off period for abortions, in a newspaper interview, he was opening himself up to all sorts of unpleasant comment. 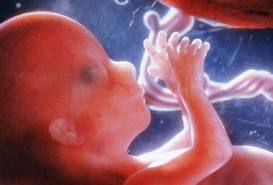 Of course, we want a total ban on abortion and we are not going to be mollified by a time reduction even if it is 50% but what Mr Hunt has done is to set a hare running and caused many in authority and thousands of us "plebs" to review and re-consider.

Some will even change their minds on the abortion issue and vote for the total ban should the opportunity arise.

So I for one approve of the move; it's placed abortion back in the public eye and right in the middle of the 40 Days campaign - great!

But, for a good post on the subject, please see EF Pastor's one HERE.

It is rather a paradox to reflect that it was the leader of the Liberal Party, David Steel, who first laid down the abortion act before parliament and the main voice of opposition also came from within the same political party, from a young MP called David Alton.

Both politicians are now in the House of Lords and both are carrying on the fight for and against.
Posted by Richard Collins at Monday, October 08, 2012