That may sound a trifle rich coming from one who posts constantly about the inadequacies of those charged with responsibility for the souls of men (and women).....(and children).

But, as a nation, the British prefer to receive a sloppy, undercooked, bland flavoured restaurant meal so that they may live for months on the memory of how bad it was and whinge to their friends on the subject.
Perish the thought that a complaint might be lodged with the waiter or maitre d'. 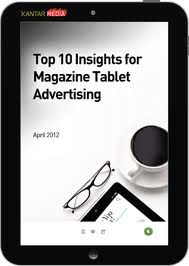 Not quite The Tablet I had in mind

I am sure it is the same with requests for the EF Mass following Summorum Pontificum; few will have made their way to Bishop's House and even fewer to Rome.

We enjoy sitting back and carping about the sad state of affairs whilst the bulk of the hierarchy, in the absence of any fuss, sit back and relax in the belief that, as the sheep are not bleating, they must be well fed.

If you don't believe me, just investigate a few Diocesan websites and click on the 'Bishop's Appointments' page.
Here's an extract from a leading Diocese for October 2012 (I've tried to keep it anonymous as I don't particularly wish to enter a dialogue on this matter but most Bishop's will have a similar diary):-

Phew! I feel absolutely shattered after just reading about that frenetic activity.

If the CEO of Amazon or the Chairman of the World Bank read that schedule they would probably roll around the floor laughing hysterically.

So, my pre resolution (forward planning, see?) for 2013 is to refresh my efforts to place before my Bishop and Archbishop, polite requests to extractum digitum on matters liturgical and ecclesiastical.

Where to start? So many issues, so little time.

Well, I think that the Diocesan Magazine may be worthy of attention. why?

Because, in with the usual pap about the nun who has just produced a cookery book of recipes using only Fairtrade goods and the Curate who raised funds for CAFOD by knitting a world record length scarf, I have noticed advertisements.

Not just any old advertisements, you understand, but a full colour half page ad for (cover your ears) The Tablet.
Yes, The Tablet!

It's bad enough for a Catholic Church to have copies of this rag at the back of the Church but, to actually be involved in marketing the thing.....39 steps too far, I think.

Email ThisBlogThis!Share to TwitterShare to FacebookShare to Pinterest
Labels: English and Welsh Bishops, Is The Tablet Catholic?, Summorum Pontificum, Tell your Bishop what you think