Members of a group aimed at giving autonomy to the citizens of West London, ACTA (A Call to Acton) have issued a press release giving details of their planned conference and how its aim will be to discuss how to destabilise the established order of government.

"It's ridiculous that all control is focused in Westminster and the Mayor's Office" stated their spokesman commissar, Mr B. L. Zeebub. "We insist that every borough should have it's own Premier, Mayor and, even, Lord Mayor".

The release describes how the group intend to draw in other London boroughs and town councils around the country. 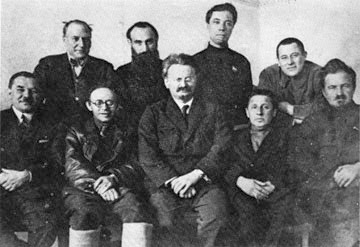 They report that they are in talks with a group known as ACTB (A Call to Barking) whose members are said to be mad at central government for imposing regulations on them.

Other groups being formed around the country include ACTU (A Call to Ugley), ACTIQ (A Call to  Indian Queens) and, from Wales, ACTM (A Call to Mumbles).Wales will also form a sub group with the citizens of the village of Llareggub, who, apparently, are not expecting much of an outcome from the conference.

I an exclusive interview Ms Dave O' Foggerty outlined the conference agenda which will include a demand for Ealing Common to be designated as a National Park and the very popular Bingo Hall to become the 'Central Cell' of government and to be re-named as Doris Day House, after the famous socialist singer who once said about Acton: "Que sera, sera!"
Posted by Richard Collins at Sunday, January 12, 2014