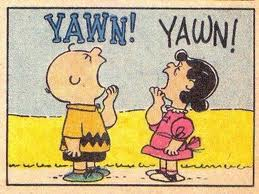 Nothing appears to be taking place with respect to sorting out Catholic primary and secondary religious education in England and Wales - no attempt made to put some vim and vigour and integrity into the curriculum.

When our four children went through a Convent School education in the eighties and early nineties we, as parents, found that in the early years class, pupils seemed to be fixated on the story of Zacchaeus and his climb up the sycamore tree, all the better to view Our Lord as He passed by.

It's a good story, fine.

But the lesson programme went on for the whole year.

At the end of the year there were enough paintings of Zacchaeus and the tree to wallpaper the interior of Westminster Cathedral, twice over.

Strangely, the same programme was taught through all the key stages up until the children departed, one by one, for secondary school at the age of eleven. The content matured a little but not much.

I suspect that things have not improved greatly.

So, perhaps it is 'education' itself that is at fault.

There used to be an old joke told in education circles back then that was based on sex education in schools and how parents would howl if they were told that it was to be changed to sex training.

The inference being that training is about learning by involvement and practice.

Our seminaries train rather than educate priests of the future; in fact, they are providers of a truly vocational education in more than one sense of the word.

So why can we not at least 'train' our secondary pupils in the Catholic Faith and Religion?

The whole ethos of  a school could be changed if it was used as the training arena for RE.

What was that old saw of the academic world?

"Tell me and I shall forget, show me and I may remember, involve me and I will understand"

Sounds pretty good to me.