Out with the new, in with the old! 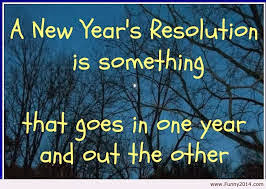 Most people seem to start a diet or abstain from alcohol for the first week of January but that seems about it, really.

What, I wonder, would be your choice if you were able to choose a New Year resolution for Pope Francis?

Mine would have to be the switching of the two basic forms of Mass, giving the Extraordinary Form the special position that it deserves and that is held by the Ordinary Form at present.

Can you imagine the squawking and squealing that such a move would produce?

And, my guess is that it would not be the bishops and the priests who would object, but the laity, the men and women in the pews.

I heard of a Latin Midnight Mass that was cancelled this Christmas due, I believe, to opposition from  members of the parish who feared, ignorantly, that the Dark Ages were about to descend upon them and that they might be challenged into taking part in a form of devout worship rather than the mindless banality they are used to.

Parish priests who desire to celebrate the old Mass are often scared off by their parishioners and that, I'm afraid, says much about the priests themselves.
I have sympathy for their situation but I also believe that the English and Welsh martyrs must be goggle eyed at their lack of backbone.

There is, of course, a neat comparison between today's clergy who conform to the whims of their parishioners and their 16th century counterparts who caved in to the demands of an intemperate Henry VIII and distanced themselves from the Latin Mass to perform what the Catholic peasants in the West Country described as a 'Christmas play', a pantomime, in other words.

Apart from St John Fisher and a few priests, most of the clergy of England and Wales fell in line with the new order and the people starved, both physically and spiritually as a result.

Of course, a reversal of the positions of the two Masses will not happen in 2014 - in fact, it seems further away than ever.

But, we are in God's hands and, just as a few fishermen in Galilee were afraid that a violent storm would be the end of them, so we too must remember that Christ is with us.

It is His Church. His Mystical Body.

But, it would be very good if He could help us traditional Catholics out a bit in 2014.

A Holy and Happy New Year to you all - bloggers, followers, commentators, critics, readers and deacons!
Posted by Richard Collins at Tuesday, December 31, 2013

Email ThisBlogThis!Share to TwitterShare to FacebookShare to Pinterest
Labels: A Happy New Year to all, Latin Mass in 2014, New Year Resolutions for Catholics