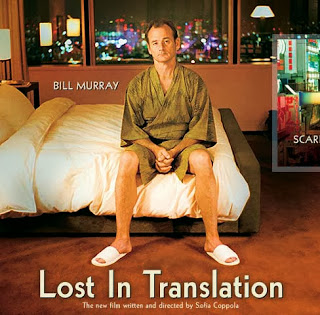 Ches of The Sensible Bond is on a roll right now with a series of charitable but frank and perceptive posts regarding the state of the Papacy.

One of his recent posts on the topic reflects on the dangers of mistranslations, how easily Pope Francis's homilies can mean something else when translated from Italian to Spanish and then into English, for example.

It  brought to my mind the case of the General Secretary of a trades union who was due to visit Japan.

He commissioned a straight translation of his designation on to a business card, so essential for doing business in Japan.

The translation described him, in Japanese as 'Head Typist' - not what he had in mind, I'm sure.

And then the tale of the Professor who was booked to speak at a symposium in Greece.

He thought it would be a good idea to begin his talk by addressing the audience in Greek but, arriving at Athens Airport, he realise that he had left the piece of paper with the Greek for 'Ladies and Gentlemen' behind.

Being a leading academic he employed some lateral thought processes and made a note of the nominations above the public conveniences in the airport.

Arriving on stage he then addressed his audience using the words copied from the lavatory signs at the airport.

He felt that the talk fell rather flat and afterwards asked his hosts what was wrong.

The presentation of the learned paper was fine, they said, but why had he addressed the conference members as 'pedestals and urinals?'

These anecdotes have little to do with the Catholic Faith except that, I do hope that most of the HF's pronouncements have suffered from similar poor translation.
Posted by Richard Collins at Wednesday, October 02, 2013

Email ThisBlogThis!Share to TwitterShare to FacebookShare to Pinterest
Labels: Communications and the Pope, Pope Francis and his homilies, The Sensible Bond