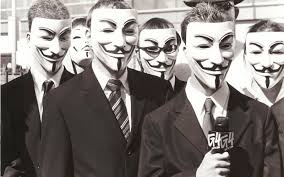 Just who are these Catholic Members of Parliament?

Twenty one Catholic MPs have sent a petition to the Holy Father requesting that he consider abolishing celibacy for priests in Great Britain.

According to the report in The Daily Telegraph, they have based their plea on the grounds that it seems to work OK for the Ordinariates so, why not?.

I am not so certain that marital harmony in a clerical household does, in fact, work well (although I wish nothing but wedded bliss to those priests who find themselves in that position).

When the phone rings at 3 o'clock in the morning and Rev Hub has to crawl off to administer the Last Rites or, when the Parish Commissariat requests a meeting on the evening of their wedding anniversary, will life still be as harmonious as ever?

Being married is hard enough in its own right, without having the encumbrance of a dog collar round one's neck.

Being a priest must be hard enough in its own right without the encumbrance of a wife round one's neck.

But how thoughtful of our Catholic political representatives that they initiated this petition; they must have devoted some of their precious time normally dedicated to the war in Afghanistan, the economic recession, homelessness, the Health Service, the issues of national security and so on, to meddle in an area that they have absolutely no writ to dabble in.

Who are these people, let's have some names.

Do they represent all the Catholic MPs or are they a splinter group?

What brought about this unseemly interest in married clergy?

Do their non Catholic constituents know about this action?

What has the petition got to do with politics or MPs?

The DT article is HERE
Posted by Richard Collins at Tuesday, April 02, 2013