Did the Bishops have a hand in the Olympic opening ceremony? 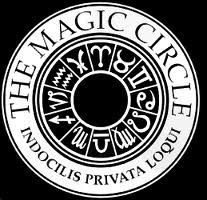 I mean, it had all the hallmarks of Eccleston Square writ large over it.
Lots of flashing lights and clouds of smoke; young maidens dancing about the place and then there was the punk rock bit....just the sort of thing that their Lordships think makes them cool and trendy (see Day for Life)

And, to cap it all, it made Britain look like it was stuck in the Industrial Revolution period, cloth caps, mufflers and clogs. Great!

Various British Governments have spent fortunes in an attempt to dispel the commonly held image of Britain as a country steeped in pea souper fogs, with citizens either wearing the aforesaid apparel or deerstalker hats wandering around streets lit by gas lamps..

That is really how many Chinese and Japanese industrialists view us, a slightly comical nation with Morris Dancers outside every pub and Little Bo Peeps herding sheep through city streets.
And now, they know it is true.

The Day of Life which takes place tomorrow was originally intended as a day to reinforce the sanctity of human life when the forces of BPAS and Dignitas are hell bent on destroying it.

Only now, it's riding on the Olympics bandwagon and the promotional image of a young girl swimming has all the depth and allure of a municipal swimming baths programme.

If you can be bothered to look at the Day for Life website you can read the blurb. And blurb it is.

The thing is, I looked for a mention of "God" or something in the spiritual vein. There was nothing, it was all totally secular as far as I could see.

If you wish to prove me wrong and can direct me to where mention is made of Almighty God, then you will win a one way ticket to Pyongyang's Hotel  Dignitas.

Meanwhile, remember that Greece was the original home of the Olympics.....and of cynics.
Posted by Richard Collins at Saturday, July 28, 2012