"Brick by brick" is too slow 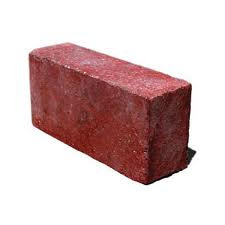 There is rather an air of defeatism in the blogosphere at present.
The Church seems to be in ‘one step forward, two steps back' mode and that is not good.

Of course, some will say that it’s all in the hands of Almighty God and that the Holy Spirit will act as and when it is deemed appropriate.
But that doesn’t stem the desire to get things moving, to see some real advances being made in the face of secular governments intent on destroying Faith and Family.

And, of course, when governments attack the Church it’s like a wild beast savaging a dumb animal, it is a signal for all and sundry to join in; the eroticists, humanists, atheists and the rest of the hyenas and jackals.

And who will watch the watchers? Who challenges the Bishops of England and Wales on vital matters?

Is there, I wonder, a need for a ‘society’ type of structure to organise and lobby, to promote orthodoxy and to confront both society and the wayward Bishops?

We do not have (in and ) any form of organised and cohesive action group to take on matters of liturgical abuse, wilful actions by the Bishops or the re-evangelisation of the bulk of Catholics in the pews.

We do have individual recourse to both the Papal Nuncio and to but, with the best will in the world, it’s rather like stuffing a message in a bottle and chucking it into the ocean.
You may get a response but it could take years and will undoubtedly be from the wrong person!

It is not uncharitable to describe the bulk of Catholics in and as being ignorant. It is a fact and one that should worry the Church authorities.
It is not wilful ignorance so much as institutionalised ignorance where all fundamental knowledge has been eradicated or overlooked.

Catholic bloggers live in a rather sense heightened world, we have Catholic news and information at our fingertips and, within seconds, we can view events and happenings in both the Catholic and the secular world.

But ask an average Catholic if they ever read a blog let alone a Catholic one and you will be met with a blank stare.

Ask them about the Holy Father’s Moto Proprio or what is meant by “Extraordinary Form” and you will receive more of the same.

Take this a few steps further and explain that reception of Holy Communion by hand is only available on an indult basis and you will probably be booted out of the door.

Of course, there is no particular reason why the Catholic layman or woman should read Catholic blogs but, if their only source of current Church affairs is from The Tablet and The Catholic Times…you get my drift.

In addition we have genuine corporate amnesia with regard to the changes and effects that have taken place since the early 1970s and their relationship to what went on before the Second Vatican Council.

And, of course, the bulk of Catholics have known nothing more than what they have been fed upon for the past fifty years. No one born after 1960 can have much experienced based concept of the pre Vatican II version of Catholic social and spiritual life.

So what issues would such an organisation tackle?

Here are the five main areas:-

There may be other areas and you may reasonably argue with regard to other points but this is a start.

But, as to how it could be achieved…….that is for another post (unless anyone cares to suggest a path forward?).
Posted by Richard Collins at Tuesday, July 31, 2012

Email ThisBlogThis!Share to TwitterShare to FacebookShare to Pinterest
Labels: Catholic Bishops of England and Wales, EF Mass, Lobbying for orthodoxy in the Catholic Church, Reform of the Reform, Rome