Once more unto the baths dear friends....

....this morning there were many more men queuing up for the early baths and I was about number sixty in line.

From the women's section came a continuous series of sweet French and Italian hymns, while, from our side came a gabble of voices seemingly intent on discussing all matters worldly.

That, I believe, answers the question I posed yesterday, namely, which is the more reverent of the two sexes?

Next to me in the queue, three Italian gents were discussing the best method of constructing an IKEA flatpack chest of drawers.

"You must begin with the drawers" said one.

"No, no, most definitely not!" said another while the third chipped in with: "You must definitely commence with the carcase working from the final stage back to the first!"

They settled down once the brancardiers had prised their fingers from around each other's throats.

On the other side of me two French gentlemen were in dispute over their petanque techniques.

"You must use the three middle fingers of the right hand and give the wrist a flick at the last second...."

I gave up trying to say my Rosary and joined in the debate.

Anglo French relations are now at an all time low.

Some brief accounts.....yesterday I felt a great affection for an elderly Englishwoman who hissed in my ear: "I never go to the Novus Ordo, it's a complete waste of time!"

And I felt for another poor soul who confided in me that she had taken the baths twice but had not been cured. What?

We also met two young people from Wales after the Order of Malta Latin Mass.
One of them is a very accomplished singer but I shall not release any further details lest I embarrass him.

It is difficult to find peace at the Grotto unless you go at sun up or late at night.

In the past five days we have listened to more contemporary hymns than I care to recall.
None of them were uplifting; all of them were dirge like.

What a sorry state we have come to.

Nonetheless, Lourdes is one of the great Catholic experiences, but you have, at times, to turn a blind eye to some of the administration elements.

As one queues on the benches awaiting the baths, the brancardiers like to fuss and officiate. I suppose it's because they have so little to do.

They growl out orders in French, sotto voce...."go down there, no, not there you English fool, THERE!"

And then when you sit they tweak your sleeve and mutter: "Look, there's half a centimetre of space between you and the next man, move up vite, vite!"

No sooner do you move rather uncomfortably close to your neighbour than the brancardiers call for you to stand and about turn, and quick march for a few seconds before they give the command to be seated again and the whole process repeats itself: "Look M'sieu, there's a half centimetre gap..."etc., etc. 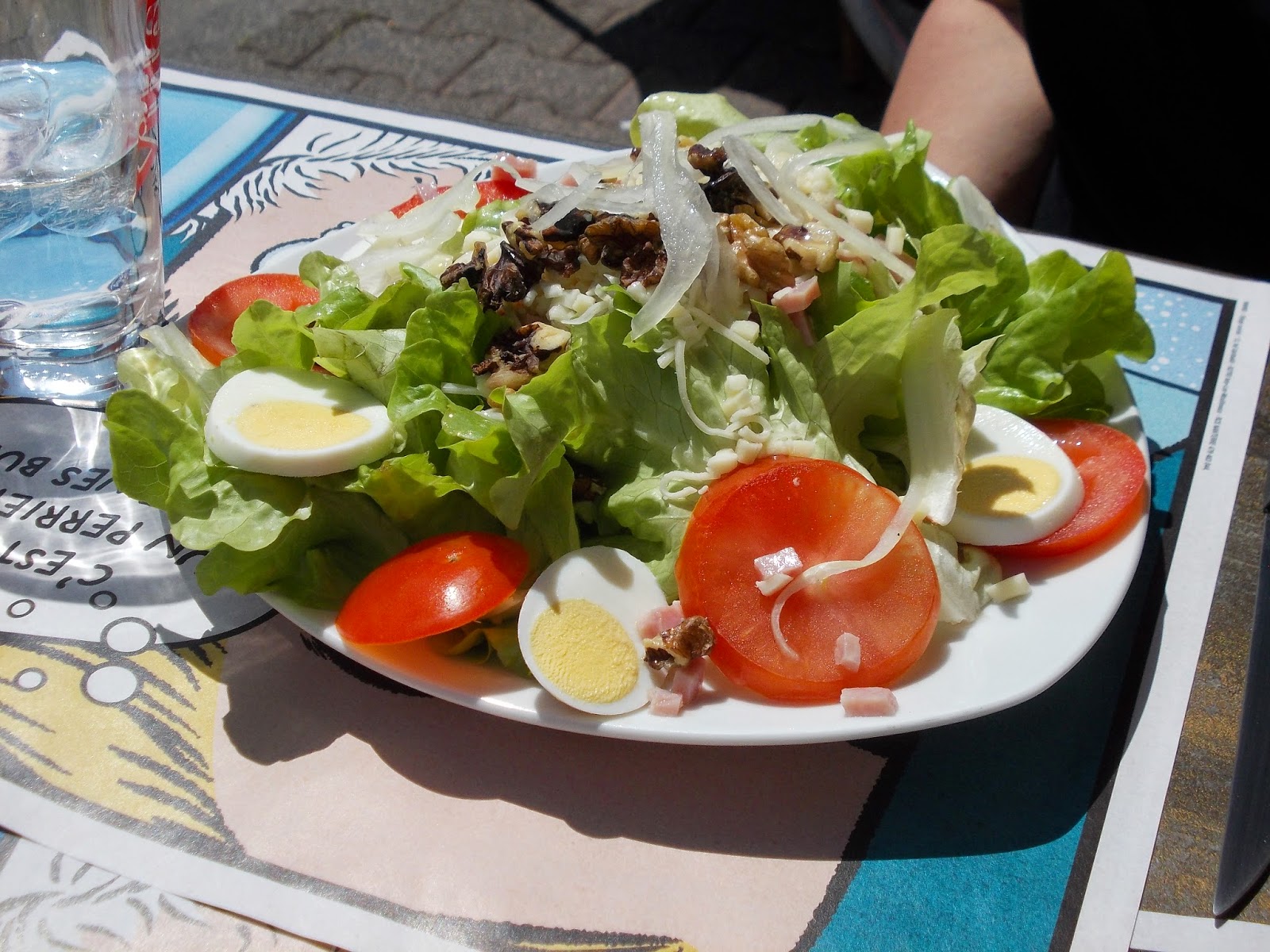 But I must not be too unkind to our French cousins, after all, a nation that can transform two lettuce leaves, a section of boiled egg and half a tomato into a delicious salad and charge you 12 Euros for the pleasure of eating it, can't be all bad.