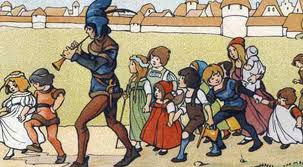 Our eldest daughter is, (Dg) a staunch traditional Catholic.

In fact, I vividly recall her words when, ten or more years ago, she left home for University and Mrs Linen and I held our breath to see if the ship would float or sink.

Our fears were groundless. As she was studying in Cardiff there was no chance of a Latin Mass but she reported how she had gone to a Novus Ordo on her first 'independent' Sunday and came away profoundly underwhelmed.

Her words ring in my ears today: "There's no need to worry Daddy, the new Mass was so bad it's certain that we are doing the right thing."

And now, as the mother of two small children and living on the northern boundaries of the Archdiocese of Westminster, she has returned to the new Mass despite her feelings towards it remaining unchanged.

Why? What could be the cause of such a move?

Well, Westminster is not exactly the hot hub of Latin Masses.
In fact they are as rare as a rib-eye steak in a vegetarian restaurant.

And, where they are available they are scheduled at times that make it virtually impossible for small children to attend. Not by chance, methinks.

So, our daughter has returned to the OF Mass and we applaud her move.
It is vital that small children grow into the Faith by means of practice and example and, in the absence of a Latin Mass, a vernacular one will do for the time being.

And, she reported, after her first Mass, on something quite magical that took place.

At the start of Mass the celebrant called all the children present up to the sanctuary whereupon, various lay people emerged from the shadows and led the children out of the church by a side door.

Naturally alarmed by such a move she retrieved our two grandchildren aged five and two respectively and received a studied glare from the priest as a result.

The Mass commenced and then, abracadabra, the children reappeared half way through, clutching sheets of paper with their artistic efforts.

You can imagine the scene, at a period of utmost importance in the Mass, when twenty five children mill around complete with their drawings.

And then, just as my daughter expected things to settle down, the children were taken away for a second time, never to be seen again.