If you don't ask you won't receive 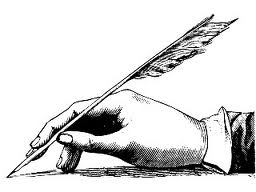 I am told by the organisers of the petition requesting the Holy Father to celebrate publicly a Tridentine Latin Mass, that the protocol procedures will commence at the beginning of October 2012 when the petition will be formally lodged at the Vatican.

If you have not already signed the petition, please consider doing so.

As and when the Holy Father celebrates the EF Mass in public, the consequences will be major.
There may be schism coming from the ranks of the liberal Austrian, German and Dutch clergy, there will be hats in the air from the traditional wing and, probably, bewilderment from millions who are not even aware that such a thing as a Latin Mass exists today.

Fatima is unfolding and prayer is needed to see Holy Mother Church through this period; the petition link is here:
http://www.change.org/petitions/to-the-holy-father-pope-benedict-xvi-petition-to-celebrate-a-public-mass-according-with-the-1962-missal
Posted by Richard Collins at Saturday, September 08, 2012