Having read A Reluctant Sinner's excellent post on this programme I almost threw in the towel and walked away from it. All that Dylan Parry writes about is true and it's convinced me that I am nothing more than an obdurate curmudgeon who cannot see good in anything post Vatican II. 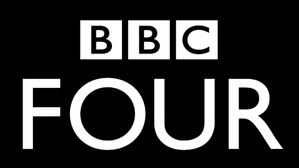 Last night's episode, number two in the series, looked at young children being schooled for their First Holy Communion.

It showed priest. teachers and parishioners all working together with the same aim in mind.
Good. What's to criticise?

It may be unfair to make too strong a case here as, of course, we were only privy to snippets of their catechesis but I recall from my own preparation at the age of seven, that it took place over a lengthy period of time and it was not based on questions and answers but rather a pictorial serial covering the birth to death life of Christ. We children laboriously and punctiliously, coloured in drawings of each stage and, if I remember correctly, each stage had a caption that prompted our basic graphics. It brought back the old educators' saying "Tell me and I shall forget, show me and I may remember, involve me and I will understand".
I think that my class understood much of what we were taught.

The priest was a good representation of a country pastor, ministering to a scattered flock despite obvious leg problems requiring that he travelled around his parish by what used to be called quaintly, an invalid carriage. He was pretty fast on those rural Lancashire lanes and he was an endearing character.

The only issue that I might raise (leaving to one side the fact that he adheres to a very liberal wing of HMC) is the comment that he made regarding reception of Holy Communion under both kinds.

He commented that it was "better" to receive the Eucharist under the appearances of both bread and wine rather than just bread.
At that point I had to be resuscitated after swallowing my tongue!

From the producers point of view I feel that this second documentary was not much better than the first. It did not leave me with any conviction that those children would still be Catholics ten years hence.

It flitted too much and the background piano music was distracting but I did not miss the "naughty camera" bit where it moved from the children receiving the Host from the priest to the breakfast party afterwards and crisps being rammed into mouths.

Marks out of ten?  Maybe a six.

But then I am a curmudgeon.
BTW - no need to comment on my last sentence!