Christendom is finished - will Catholicism be next?

It was Archbishop Sheen who stated in the 1970s that Christendom was kaput.
It marked the start of a new era, he predicted, when the Church would come under greater pressure from secularism than ever before in its history.

"We are at the end of Christendom — not Christianity, but the economic, political, and social life as inspired by Christian principles.

Our enemy today is the spirit of the world. These are days of testing and the current is against us."

Prophetic words indeed and now, Cardinal George of Chicago has sounded a another warning note, more than a note, a trumpet blast really, to say that, in the US the end is nigh for Catholic institutions, Universities, Hospitals, Welfare Groups - if President Obama has his way.

He is quoted as saying: (my comment in red)

“A Catholic institution, so far as I can see right now, will have one of four choices,” he explained.
The first would be to “secularize itself, breaking its connection to the church, her moral and social teachings and the oversight of its ministry by the local bishop.” (Just as the Bishops of England and Wales did over the Adoption by Homosexuals issue)
The second choice would involve paying “exorbitant annual fines to avoid paying for insurance policies that cover abortifacient drugs, artificial contraception and sterilization.
This is not economically sustainable.”
A ministry's only other choices would involve transferring ownership to a non-Catholic group or the government – or shutting down altogether."

What takes place in America, inevitably, takes place a year or two later in Great Britain; Cameron's coalition government seems hell bent on following the same pattern......titillate the minorities and forget the spineless Christians, "they'll vote for us whatever we do to them" appears to be his philosophy (and I speak as one who votes Conservative!).

Sheen's "Spirit of the world" is growing daily and materialism, secularism and atheism are the fruits of that spirit. 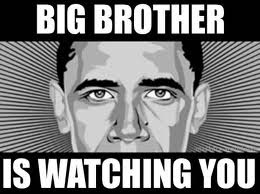 But, in Britain we don't have much of a Catholic base in terms of Universities and Hospitals, you could probably add up both groups on the fingers of one hand; but we do have schools and it is going to be the Primary and Secondary sectors that the liberal wing of the Conservative Party, the "Red Tories" will have on their hit list.

There is an air about this country today that would not go amiss in Stalin's Russia in the 20s and 30s or Mao's China in the 60s and 70s.

Change and imposition of change and destroy anyone or anything that stands in the path, totalitarianism is on the march, the Black Riders are abroad and the Orcs are sharpening their axes.

I am not a prophet of doom merchant but I do keep a keen eye on the apocalyptic barometer and world happenings are bringing us ever closer to the brink.
Only prayer and Our Lady's intercession will save us from (not the end of the world) but a series of disasters that could bring about a change in world order.

And now we have the Catholic midwives of Scotland who have been informed that their careers will be forfeit if they refuse to assist in abortions.
They need our prayers, brave women that they are.

We have just taken another step in Obama's wake, more to follow, of that we can be certain.
Posted by Richard Collins at Thursday, March 01, 2012