The foundation stone of Catholic education?

How do you impart the Faith to the young or to those who have never been exposed to Catholic teaching?

There are many strands to embrace.

But, underpinning all teaching and knowledge is the Catholic Catechism - a teaching 'tool' much despised by the vast majority of those involved in the delivery of Religious Education.

It is the 'Ready Reckoner' that answers all questions; a handbook that could well be titled: 'How to be a Catholic in five minutes' because that is all it takes to check up on questions doctrinal.

I don't know how many languages the Catechism has been translated into but it must be pretty well universal.

Even Japanese as the picture below shows. 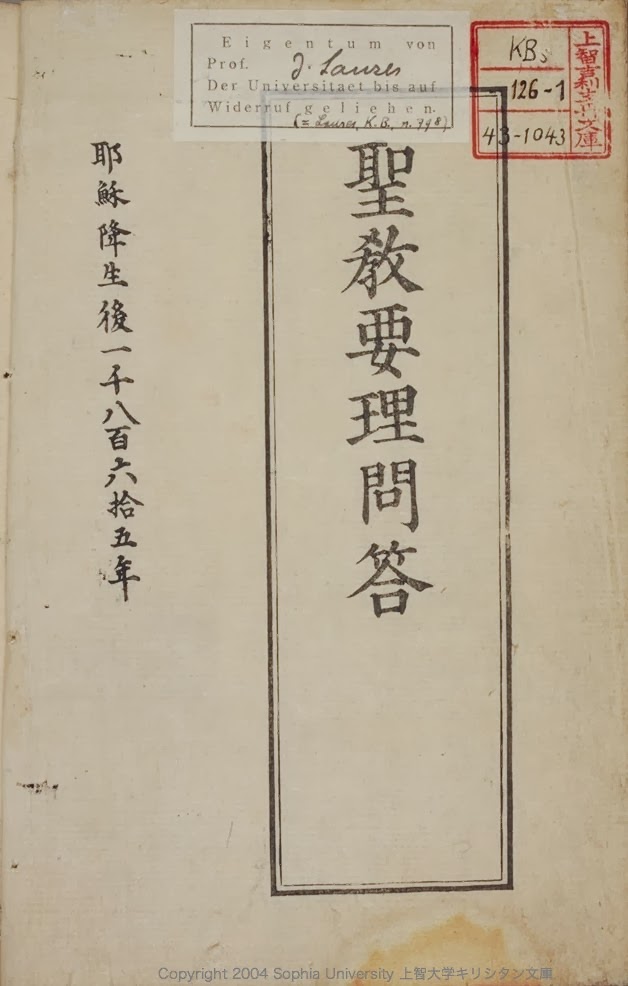 In the 16th century, the Catholic Mission in Japan ground to a halt with the martyrdom of 26 priests, brothers and laity in Nagasaki.

Almost 250 years later it re-emerged and, in 1865 a woodblock version in Japanese was published.

The Faith in Japan did not die after the persecutions in the aftermath of the death of the martyrs but it did go underground in scattered rural communities.

Without priests to bestow the Sacraments and maintain theological integrity, Nagasaki Catholics, over the years, evolved a blend of worship fusing Latin and their native tongue but, most vitally, they kept their Faith until, in the 1860s, new missionaries arrived and published the Catechism of the Catholic Church in Japanese.

Is this likely to be the future for Catholicism In the twenty first century?

A Faith surviving without clergy in isolated communities?

If so, the Catechism will once again fulfil a vital role in keeping the ember of belief alive and sound.

Until such time as, Deo volente, new missionaries arrive to fan the flames.