HAPPY FEASTDAY TO ALL WELSH CATHOLICS! 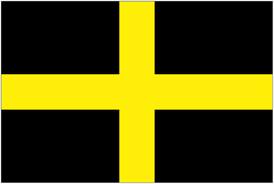 Yes, today is St David's Day, Patron Saint of Wales and native of Pembrokeshire.
His Cathedral (as posted on a few weeks ago) is a gem of a place nestling in a valley out of sight of any early Scandinavians who might be out to plunder, rape and pillage (still uncertain as to what pillage is).
It is to be found in Britain's smallest city, named after the saint and well worth a visit if you wish to take a holiday in one of the country's most beautiful regions.

I thought that, whilst on the subject of Bishops, Wales and so on, it might be interesting to lob a hand grenade into the room and open up, what, for Welsh Catholics, is a very sensitive subject. Do we need a Welshman and/or a Welsh speaker at the helm of this important Archdiocese which only rivals Wrexham in its air of abandonment and despair?


Now, I value my Welsh blogging friends and do not wish to bring their ire down on my head but, having spent some 23 years in Education and the NHS in Wales, I have some strong views on the subject. I hope they still speak to me after this post.
My view is that, whilst it would be desirable, it should really rest on the best man for the post. St Patrick, was by all accounts, not an Irishman, St George came from rather further East than Wapping and St Andrew of Scotland would have probably run in the opposite direction if confronted with a man in a kilt! So Wales is fortunate to have a Welshman as a Patron but to actually put race and the Welsh language as pre-requisites for the Cardiff post would be to do those who live in the Archdiocese a grave disservice.


There have been several major boobs committed by the public sector in Wales in their desire to only appoint Welsh speakers for their professional posts. I recall the Bangor Health Service running into the buffers because, in their hunt for occupational therapists they ignored academic and medical qualifications in favour of fluency in Welsh. The result was that the standards of OT in the region went into rapid freefall.
An FE College sought to fill the vacant post of Principal insisting on having a Welsh speaker. Seven applied for the post and it was re-advertised without the language stipulation  and fifty six then applied.


The truth is, we have long had Irish priests and Bishops in this country and never batted an eyelid, we have a German Pope, an Italian Papal Nuncio, Archbishop Nichols is from Liverpool and is now in charge of Westminster - how parochial do we wish to be?
In the USA you have Bishops of every possible lineage, they don't expect a Welshman in Philadelphia (although their heritage is Welsh). We are the Universal Church and nationality should not enter into it.
As for speaking the Welsh language. Well, Bishop Mullins did it and credit to him for that. But he  was also responsible for publishing a Welsh Missal. I wonder what the print run was on that? What was the real cost per copy?
Some 15-20% of the population of Wales speak Welsh, fewer read it and there is a North South divide as to differences in the language which make for a trying conversation betwen a Swansea resident and a Llandrillo one. The population of Wales stands at a little over 3 million. Within that figure 5%, that is, 150,000, are Catholics.
Being ultra generous and using the 20% calculation that gives us 30,000 Welsh speaking Catholics. Not exactly an overriding majority. Not one which can in all reality command the high ground.


The attendances at Mass in the Welsh language are abysmal (so I am told by a priest who celebrates the Welsh language Mass). I am all for maintaining and developing the language (which desperately needs effective development) but not at the cost of losing sight of what is required.
The solution is, of course, to have the Tridentine Latin Mass!
We are blessed with three great bloggers in Wales, Catholic & Welsh,
Bara Brith, A Reluctant Sinner and Last Welsh Martyr - I hope they will forgive me my words and not set their corgis on me!
Today I shall drink a pint of Reverend James in their, and St David's honour - Iechyd da! 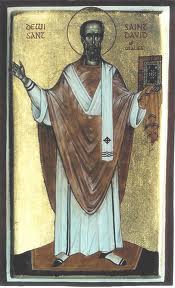 COLLECT FOR THE MASS OF ST DAVID

Grant we beseech Thee, Almighty God, that the loving intercession of blessed David, Thy confessor and bishop, may protect us, and that, while we may celebrate his festival we may also imitate his steadfastness in the defence of the Catholic faith. Through Our Lord Jesus Christ who livest and reignest with Thee in the unity of the Holy Ghost, one God for ever and ever. Amen.
Posted by Richard Collins at Tuesday, March 01, 2011