Out of respect for the Holy Father.....

I know I'm really pushing my luck here, me a mere man banging on about how good it is for a woman to wear a mantilla or scarf at Mass.

But, I just can't resist it; it's the juvenile in me.
It's the same compulsion to shock those who oppose the veil that I had at the age of sixteen when I appeared in front of my parents wearing a paisley patterned kipper tie and a black shirt! 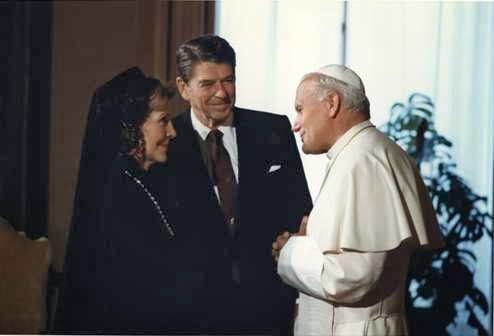 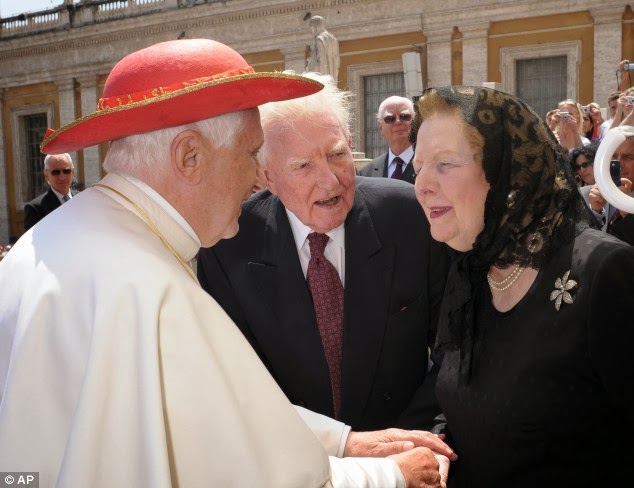 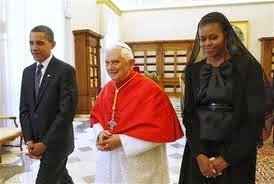 A solemn vow: I promise that this is my last post on mantillas for at least the next two days!

Email ThisBlogThis!Share to TwitterShare to FacebookShare to Pinterest
Labels: Mantillas are de rigeur when meeting the Holy Father, Mantillas are good, Meeting the Pope