I have never met Christine Niles but she sounds like the sort of person it would be good to chat to over a gin and tonic after attending a Latin Mass.

I have followed Christine's Facebook page for some time now and it appears as if she has now taken a great step forward for the Faith. 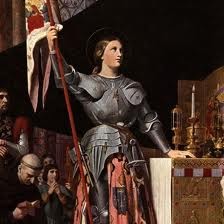 You may listen to it HERE

It sounds good, very good, and it is taking the battle forward in a great stride.

Huzzah! and, even, Hooray!