There are so many issues concerning the Protestant faiths that it is hard to know where to start. 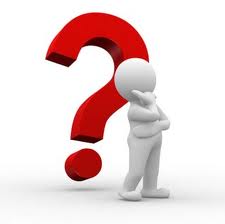 Was it Archbishop of Canterbury................(Michael Ramsey or Geoffrey Fisher) who was honest enough to state, in the 1960s, "We have no doctrine other than that handed down to us by Rome."

Dr Ian Paisley might have a few words to say on that topic.

But, so many non Catholic friends seem to live in a glass bubble where all that has gone before is forgotten and all that is to come is ignored.

So here are my twelve questions, you may well have others you wish to add:-

1. When did your church last canonize a saint?

2. Why have you covered up that fine holy water font? (on visiting a pre Reformation Church)

3. Why have those effigies of Catholic nobility had their features hacked off?

4. Did you know that St David was a Catholic? (this for my non Catholic Welsh friends)

5. What does your church believe in precisely?

6. Why do you speak of "Jesus" and "Mary" as if they were your next door neighbours?

7. When Our Lord and His followers were all male, what is the case for female ministers?

8. Did you know that England and Wales were once Catholic countries?

9. If there is both heaven and hell....what is the procedure for gaining access to the former?

10. When was your church founded - and by whom?

11. Did you know that there have been circa 86 Catholic Archbishops of
Canterbury and 34 Protestant ones?

12. Why on earth don't you convert to the one true Faith?