What is wrong with this altar? 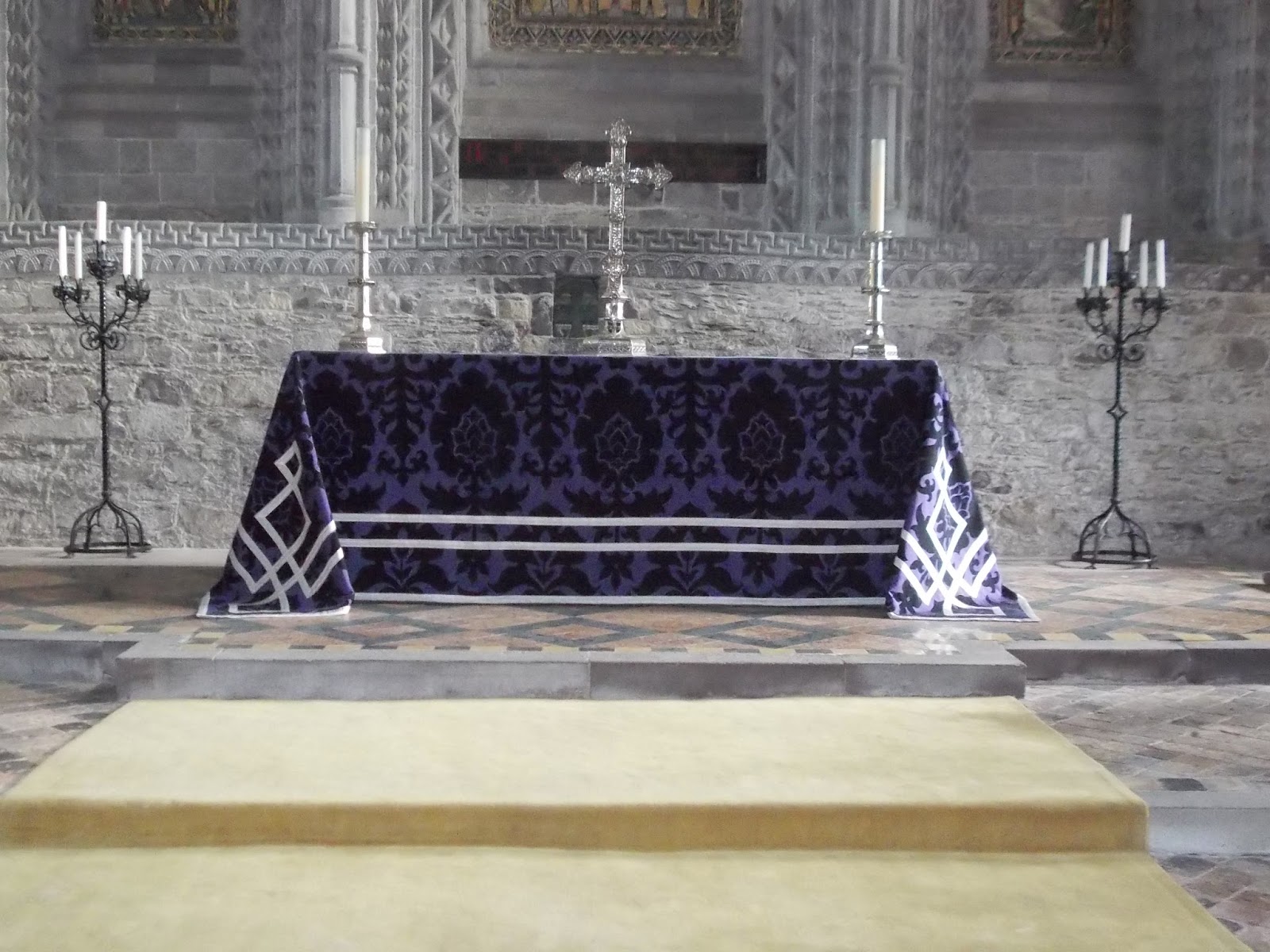 Well, for a start it's not an altar but a table.

Tables replaced altars during the Protestant Reformation as a means of indicating that the liturgy did not involve a sacrifice but was, instead, a re-enactment of a meal, The Last Supper to be precise.

Today, sadly, many Catholics are not aware of the 'unbloody sacrifice' that is the essence of our Mass and they focus, instead, upon the meal aspect.

And many Catholic churches now have tables in the place of an altar, so who can blame the sheep for being confused?

But the 'altar' in the above picture is also missing something.

It is missing life.
The life brought to the altar by the daily changing of bread and wine into the living Body and Blood of Christ.

If that is absent in a church, it shows.

The effect is one of sterility, abandonment, dereliction, even.

So, now is the time for me to come clean; the picture above shows the 'altar' in St David's Cathedral - a Protestant place of worship.

But, 450 odd years or so ago, it was Catholic.  Little remains now to show its Catholic heritage.

The frescoes have been chiselled off the walls, the statues removed and smashed to pieces.

Just a few defaced effigies from the tombs of Bishops and noblemen and women remain.

Should you stop to read any of the historical literature that is available, you will find no mention of the Catholic past of this Cathedral - a church that, in actual fact has a tally of more Catholic years over Protestant ones to its name.

You could be forgiven for thinking that the heart and soul of this once holy place was Protestant to the core and that clouds of incense, the chants of monks and the roar of the congregation at the elevation of the Body and Blood of Christ, had never been heard within the walls of this small place of worship.

Tragically, so many of our modern churches reflect the same atmosphere and the hard fact is that we need to re-learn the key element of the Mass - an unbloody sacrifice.

There's no salvation in a memorial meal; no salvation without the shedding of blood as Archbishop Fulton Sheen used to say.
Posted by Richard Collins at Friday, March 28, 2014

Email ThisBlogThis!Share to TwitterShare to FacebookShare to Pinterest
Labels: Catholic altar, Mass is a sacrifice not a meal, Protestant table, St David a Catholic Saint, St David's Cathedral, The Sacrifice of the Mass